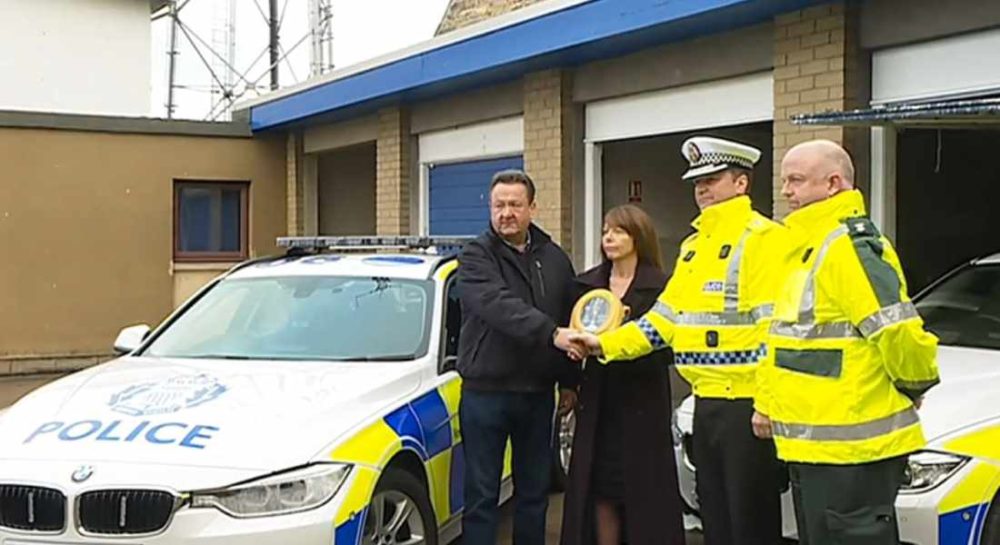 MORAY’S MSP RICHARD LOCHHEAD has been quizzing the First Minister this week following reports that the Scottish Fire and Rescue Service (SFRS) would not be attending medical emergencies.

SFRS and Police Scotland had been heavily involved in a trial prompted by Sandra and Gordon McKandie, the Moray couple who lost their son Keiran in a tragic road accident in March last year.

Police were the first responder’s to the accident as no ambulance was immediately available – prompting the family to pledge that they would do all they could equip other emergency services to provide a first level of emergency treatment.

With the help of Keiran’s friends, the McKandie’s raised thousands of pounds to purchase defibrillators – with Police and Fire vehicles agreeing to carry them on a six-month trial after their crews were fully trained in their use.

However, unhappy with the lack of progress over pay discussion, the SFRS was reported to end their trialling of the defibrillators as part of action in their dispute with employers.

This week Richard Lochhead asked the First Minister for her views on the situation, saying: “I am sure that the First Minister will agree that the trials have been a big success given that in the first year, firefighters have made 41 potentially life-saving interventions.

“Is the First Minster aware of the campaign that is being led by my constituents Mr and Mrs McKandie, who lost their son, Keiran, in a tragic road accident when he was out cycling?

“They have been calling for firefighters to attend medical emergencies as they can be closer than the nearest ambulance – they want to see a change in policy as part of Keiran’s legacy. Understandably, they are shocked that a pay dispute can get in the way of saving lives and they want to see the co-responding of emergency services to all road traffic accidents.”

In replying the First Minister agreed, saying that the McKandie’s “are greatly to be admired for their efforts” to promote improvements in the way emergency services respond.

Nicola Sturgeon added: “I agree wholeheartedly that the medical emergency trials are an excellent example of public services working closely together to achieve a common aim and to improve the service that is provided to the public.

“The community safety minister has encouraged continued discussions on pay – we want to see our fire service workers paid appropriately.

“I am aware that the Chief Fire Officer has written a letter to the Fire and Rescue Service staff asking for discussions to continue on a proposal that is in the best interest of firefighters and communities. I encourage all sides to do all that they can to resolve the issue without further delay.”