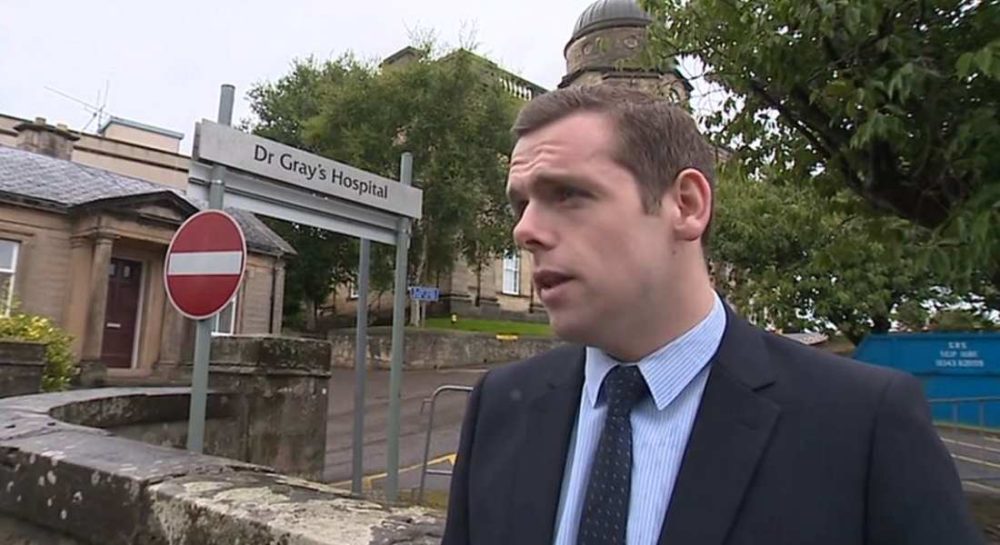 TRADE UNION MEMBERS in Moray are set to quiz recently elected Moray MP Douglas Ross at the next meeting of the Moray Trade Union Council in Elgin.

The Council has representatives from most trade unions in the region and they will meet with Mr Ross at the Seaforth Club where a range of issues will be discussed.

Chair of the Council is Unite delegate Barry Jarvis. He said: “We are delighted that Douglas has agreed to come meet with our members. We have a long tradition of working closely with elected members in Moray and bringing to their attention matters of importance to our members.

“It is important for us to be able to link in with our representatives locally and bring to their attention issues that are within their respective remits. We are no stranger to having Douglas along to our meetings having had him at hustings over the years and we look forward to the opportunity to work with him now he is our local MP.”

Douglas Ross said he was looking forward to continuing the good natured exchange of views he had with the Moray TUC during the election campaign, adding: “I hope this can be a regular meeting so I can hear the opinions of the Moray Trade Union Council, but also to update them on some of the work I am doing with respect to Moray in the House of Commons.”

Issues that members are looking to raise will include changes to welfare and the benefits system, progress on leaving the European Union, and the status of EU Citizens once the process has been completed.

Although they normally meet on the third Monday of the Month at 7.15 in the Seaforth Club in Elgin the group will meet Mr Ross on Friday, October 13,