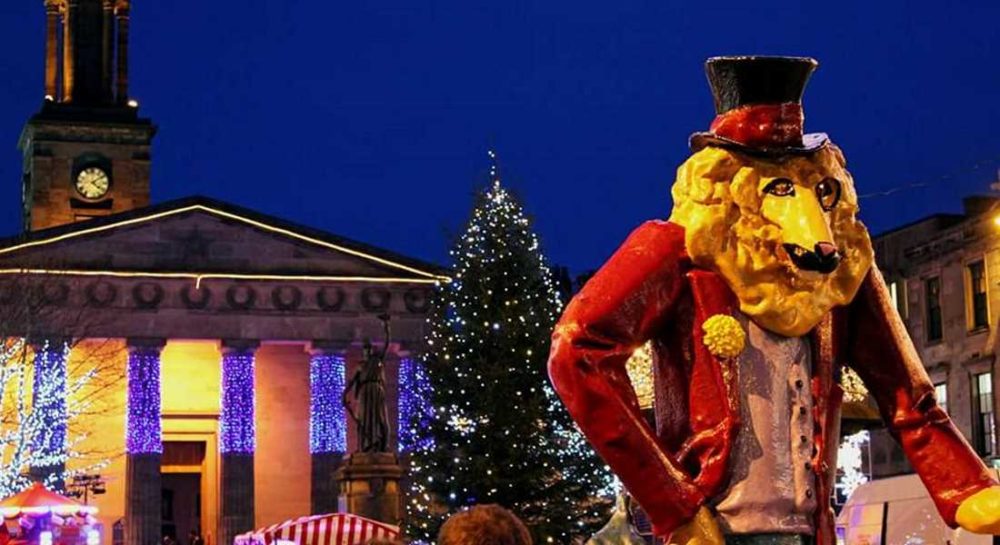 HE HAS BECOME the subject of both ridicule and love with those responsible for his creation insisting that he helps encourage people into Elgin’s city centre.

Now for the first time, public opinion has been measured over the Dandy Lion statue on Elgin’s Plainstones – and it emphatically gives the structure a thumbs-down.

Over the last three days insideMORAY Facebook Group members were asked their views on the Dandy Lion, prompted by the new seating structure placed alongside the statue over the last week which has also had ‘mixed reviews’.

Over 800 took part – and of those, 82.5% said that the statue – and the new seating – would be better placed in a local recycling depot than in the city centre. Only 17.5% of the 814 who responded to the most comprehensive public consultation yet on the street furniture believe that they should remain.

Now insideMORAY is today calling on civic groups and Moray Council in particular, who so often boast of the need for public consultation taking place, to note this very real and significant expression of public opinion and act accordingly. Comments from those voting were scathing – while others argued hard for the retention of Dandy Lion. Norman Fraser said: “Dufftown have been trying for ages for the council to repair the clocker tower for months – but they don’t have the money for a major tourist area, but can find the money for this tack.”

Diane Neish added: “Hideous contraption for what is a beautiful historic location, why on earth would anyone think this suits I have no idea.” On the seating, Moira Lancaster said: “Why couldn’t they have put in proper wooden park bench type seating, much more comfortable than square blocks.”

However, both the statue and seating did have a few friends, with Bob Farmer saying: “If they had put the seating on the other side of Dandy it would make more sense. So, you are looking at him in the middle of the seating area as opposed to looking away.”

Charlotte Smith added: “Love Dandy Lion and I think he’s grown on a lot of people. Give the seating area time and it probably will too, but I do think the seating needs to be the start of something around the High Street rather than a one-off job.”