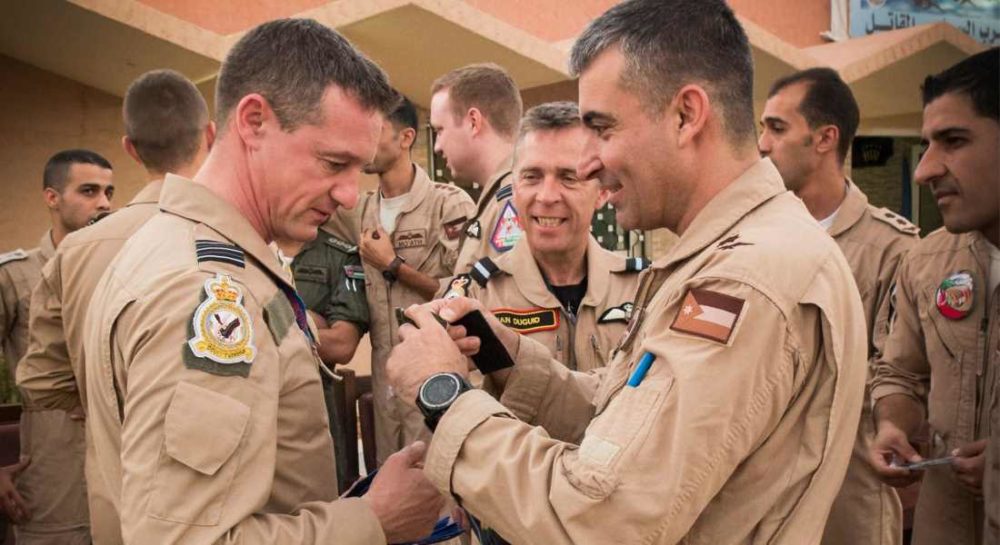 A MORAY TYPHOON SQUADRON has been welcomed by the Jordanian Air Force as they stopped off on their way to an exercise in the Middles East.

Aircraft from 6 Squadron at RAF Lossiemouth paid a courtesy call to 6 Squadron of the Royal Jordanian Air Force, where base commander Colonel Mohammad Hiyasat laid out a welcome.

He told reminded his visitors of the links between the two namesakes: “In the 1950s the late King Abdullah the First presented the RAF No 6 Squadron with the Royal Standard.

“Then in 1995 Jordanian No 6 Squadron and the British No 6 squadron became sister squadrons. His Royal Highness Prince Faisal, a squadron commander, led the efforts to join the two squadrons because he knew that cooperation would benefit both air forces.”

Wing Commander Billy Cooper, Officer Commanding 6 Squadron, replied: “One of the great things about the squadrons in the RAF is the real sense of history we engender and that really informs the ethos that we have.

“Our relationship with Jordan is such an important part of 6 Squadron’s history that it really is a great privilege for us to rekindle that here.”