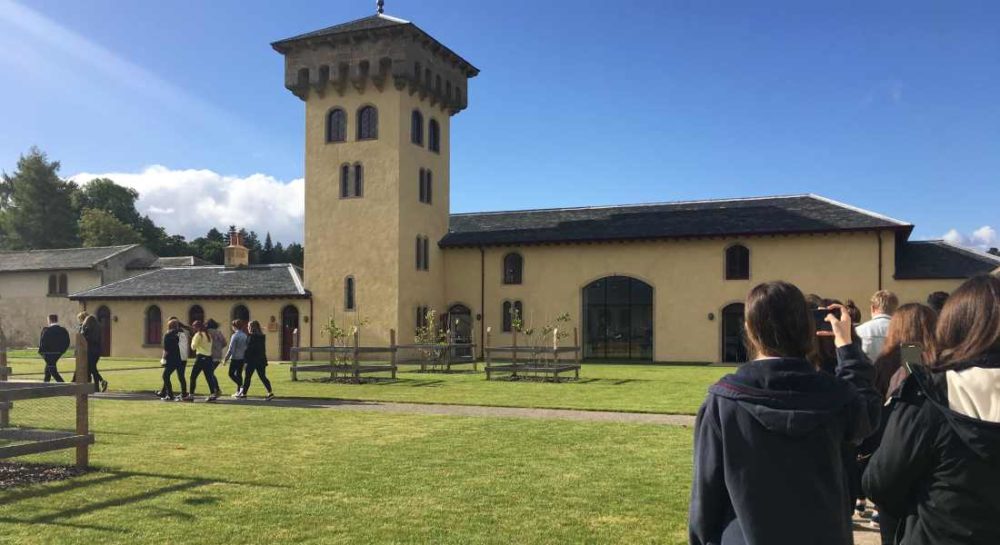 SCHOOL PUPILS FROM AROUND Moray called in at the Glasgow School of Art campus on the Altyre Estate near Forres last week.

The pupils were invited to a workshop under the banner ‘How to get into Art School’, organised by DYW Moray.

The reasoning behind the workshop was to allow Moray pupils to be better informed when applying to any Art School of their choice, with advice on offer from one of Europe’s leading university-level institutions for the visual creative disciplines – Glasgow School of Art (GSA).

Pupils from Buckie, Lossiemouth, Milne’s and Speyside High Schools attended the workshop, of which Moira Stickle, DYW’s Moray manager, said: “How fantastic that Glasgow School of Art had invited our young people to attend a workshop to help better prepare them in their application to a university or college of their choosing.”

The 50 pupils attending heard from students who attended the GSA, learned about the application process and were shown excellent examples of portfolio work. They also participated in self-reflection activities and finished with a tour of the facilities. It is estimated that out of 600 applications only 30 places are available for the many courses within the highly sought-after Art School. A number of teachers also took the opportunity to attend on the day, allowing them to share their new knowledge with pupils who could not attend and who might be interested in finding out more about this process.

Another 50 pupils will be attending an identical workshop in November from the remaining Moray Secondary Schools.

After being asked to provide comments in an evaluation following the visit a Speyside High pupil wrote: “The event was better that I expected, I loved looking around the school, there was just enough discussions and the activities helped a lot.”

A spokeswoman for DYW Moray said: “We confident that the positive feedback received from the first workshop will again be repeated in November.

“We also thank The GSA Creative Campus for the giving of their time to host and deliver such a valuable workshop which we hope to repeat in future years to allow more pupils to be better informed when applying to Art School.”