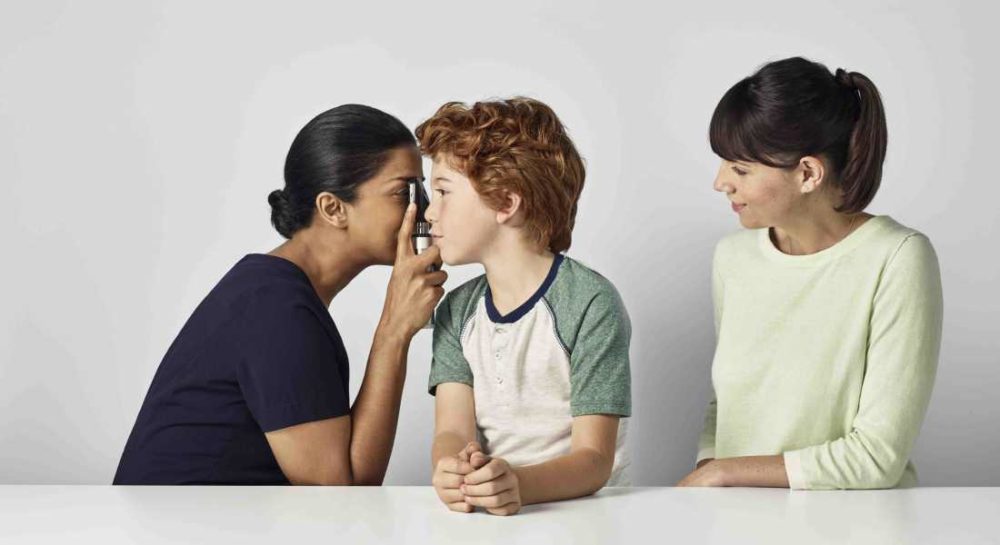 CHILDREN WITH UNDIAGNOSED eye health conditions may face ‘severe’ consequences for their education and wellbeing, experts at Specsavers Elgin have warned.

This comes as new research shows over two fifths of parents say their children haven’t had a test at an opticians in the recommended last two years (41%).

The data has been released to mark the second annual National Children’s Eye Health Week, an initiative spearheaded by Specsavers to help dispel the confusion around children’s eye care.

A YouGov poll of parents of children aged 18 and under found that more than 30 per cent of parents say their children have never had an eye test at an opticians, with reasons including parents thinking there was nothing wrong with their eyes (44 per cent) or that their children were too young.

This is despite Specsavers recommending that children are taken for their first eye test at the age of three– and that some eye conditions that can be spotted during an eye test show no symptoms at all.

Peter Taylor, store director at Specsavers in Elgin explained: “Early detection of any sight issues is critical. Between the ages of three and eight there is a real window of opportunity to identify and treat conditions such as myopia and lazy eye, which can have no outward symptoms.

“Undiagnosed conditions such as myopia, or short sightedness, can severely impair education and general wellbeing.

“While there is still no concrete evidence as to the negative effects of technology on eyesight, it is telling that so many parents think it could be a contributing factor.

“With that in mind, there is no reason to wait for something noticeably wrong before taking your child for a sight test – do it today.”

Recent research has shown that myopia in children is on the increase, more than doubling in the last 50 years.

With some experts claiming excessive close work – watching TV, using PCs, tablets and mobiles – could be contributing to this increase, only half of parents would limit screen use after being told it could cause visual issues (55%). This is despite nearly three fifths of parents admitting they worry about the impact technology could be having on their child’s sight (57%).

Presenter Rochelle Humes, National Children’s Eye Health Week ambassador, said: “As a mum myself I was shocked to learn so many parents haven’t taken their children for an eye test. My daughter actually really enjoyed hers, there’s nothing to be frightened of so no excuse not to take the test.”

Specsavers will offer local schools SchoolScreener EZ software free of charge. The software is unique in being suitable for use with children as they progress through schooling up to age 18 and includes a colour vision test.

SchoolScreener EZ, created by Thomson Screening, has been designed to be operated by teachers or classroom assistants.

Schools can register to receive their free kit at screeningforschools.com. More than 2000 primary and secondary schools have registered and received the software to date.