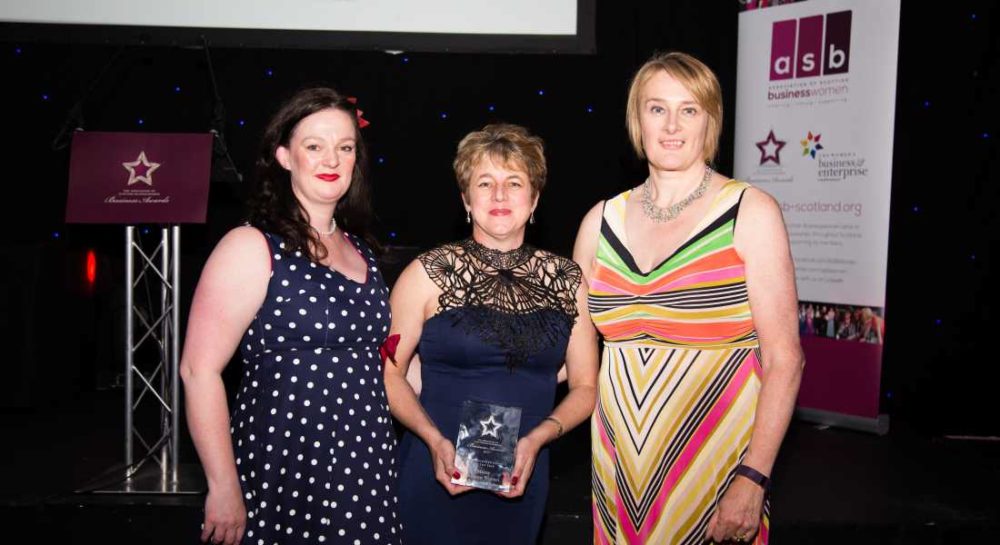 A MORAY BUSINESS GROUP has been given national recognition at a glittering awards ceremony in Glasgow.

The awards are run by the Association of Scottish Businesswomen (ASB) and recognise the talents and reward the achievements and contribution of women in business throughout Scotland.

Marie Smith, president of Moray Business Women’s Club said she was delighted the Club had been honoured, saying: “We are thrilled to be awarded the ASB Best Affiliated Group.

“From the “solopreneur” to the director of the private practice. From the managers of some of Moray’s largest businesses to the women behind some of our fantastic Moray charities. We are stronger than ever and it makes me so very proud to be part of such a great networking group. These business awards cover the whole of Scotland and so it really is an honour to bring the trophy back to Moray.”

Around 230 guests attended the ceremony at the Glasgow Grand Central Hotel for an event that was open to business and professional woman from throughout Scotland and over all sectors.

ASB President, Wendy Maltman, said: “We are so incredibly proud to play an integral role in shining a spotlight on the many successful and inspiring women in our business communities by facilitating the awards – and giving the opportunity to praise and reward the most talented women for their achievements in business and in the community, recognising their hard work and dedication.

“The quantity and calibre of entries increases year on year making it extremely difficult for our panel of 14 independent judges to decide on the winners. The awards give us a fantastic opportunity to showcase the very best businesswomen in Scotland.”

Next month Moray Business Women’s Club will hold its own annual award ceremony and ball which will be held to raise money for its 2017 charity Moray Foodbank.

The event will be held in the Eight Acres Hotel in Elgin and the organisers are keen to hear from any businesses who would like to sponsor the event or offer auction and raffle prizes.

For more information regarding the Club or the ball contact Marie Smith at president@mbwc.org.uk