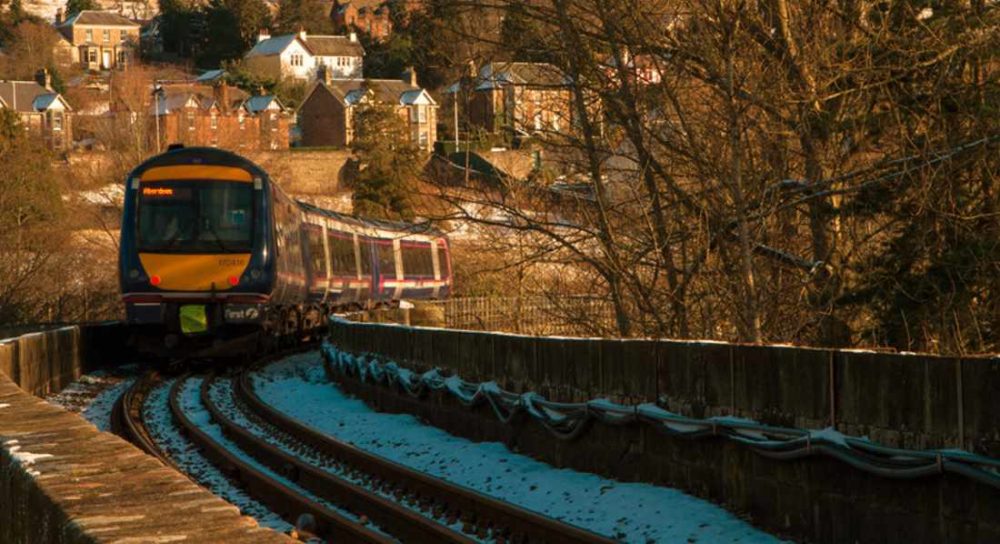 ‘LEAVES ON THE LINE’ will not be used as an excuse for cancelling any trains this winter according to the latest decision by the ScotRail Alliance.

An investment of millions of pounds has been made to keep people moving this Autumn according to the rail operators.

And with much of Scotland’s railway lined by trees, a common cause of disruption during autumn is leaves falling on the line – a build-up of leaves results in a slippery layer forming on the tracks.

A spokesman said: “This can be dangerous, causing trains to skid and overshoot signals and platforms – potentially putting passengers and staff in danger. As a result, drivers must accelerate and brake gently. This causes services to go slower than normal and can result in disruption for customers.

“Leaf debris can also interfere with the signalling systems, making it difficult to track trains on the network.”

The plan for Network Rail from the middle of this month is to launch their Autumn campaign that will see a £2.6million investment in clearing tracks throughout the network – including the Aberdeen to Inverness line through Moray.

This will be carried out by 11 ‘leaf fall teams’, who will be based around the country – including at Aberdeen and Inverness. They will be supported by a fleet of seven specialist treatment trains, designed to clear leaf debris and spray lines with a glue-like coating to help train wheels grip the tracks.

The treatment trains will cover an average of 1500 miles each day involving 7200 staff hours.

David Dickson, infrastructure director for the ScotRail Alliance, said: “We are working hard to build the best railway Scotland has ever had, and part of that is keeping people moving during autumn when the weather can create major safety risks.

“We know few things annoy customers more than when their train is delayed because of leaves on the line. People are always a bit sceptical, but the reality is that leaves on the line can be dangerous and lead to disruption.

“The ScotRail Alliance is investing millions of pounds and pulling out all the stops to tackle this problem over the coming months.”