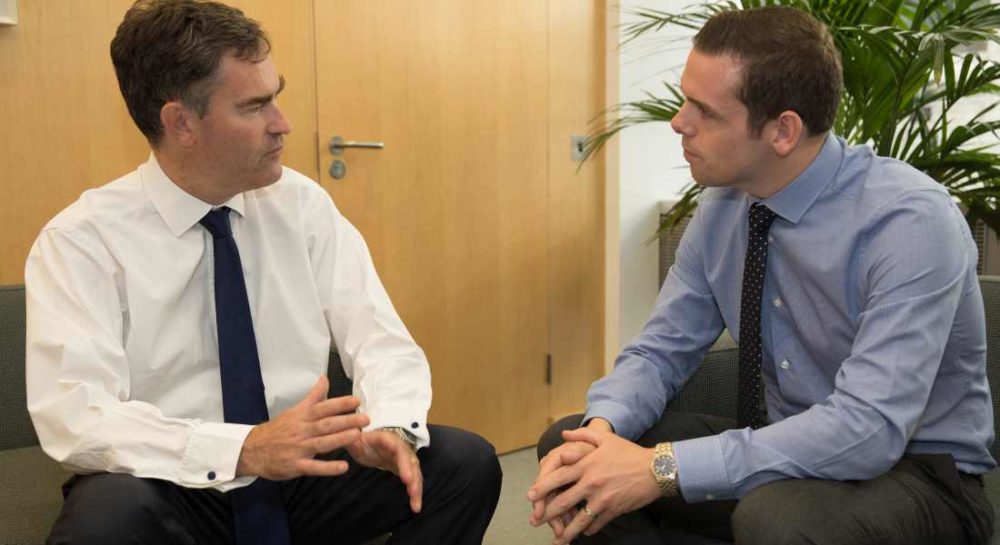 CROSS PART SUPPORT for a campaign to establish a Department of Work and Pensions (DWP) assessment centre in Moray has been welcomed.

The campaign was recently launched by local MP Douglas Ross so that local people in Moray would not be required to travel to Inverness for hearings.

Mr Ross had raised the issue directly with Ministers – both in person and via letters. Now he has welcomed the fact that local MSP Richard Lochhead has joined in the call for a Moray centre – and has said he hopes this is a matter they can work on jointly.

The MP said: “I received a constructive response when I wrote to the Department of Work and Pensions back in August and received a useful reply. I followed this up at a meeting with David Gauke, Secretary of State and wrote to Ministers again last week to try and move this forward.

“I don’t believe that people in Moray should have to travel to Inverness for hearings for their Personal Independence appeal or for assessments. People can ask to have assessments in Lossiemouth, but have to go to considerable effort to arrange this.

“Given the DWP pays for their travel to get to Inverness it makes sense to have a centre in Moray which would be a better use of resources.

“I have been contacted by a number of constituents who face a struggle to travel to Inverness and getting a centre in Moray, even just one or two days a week, is something I will continue to press for.”