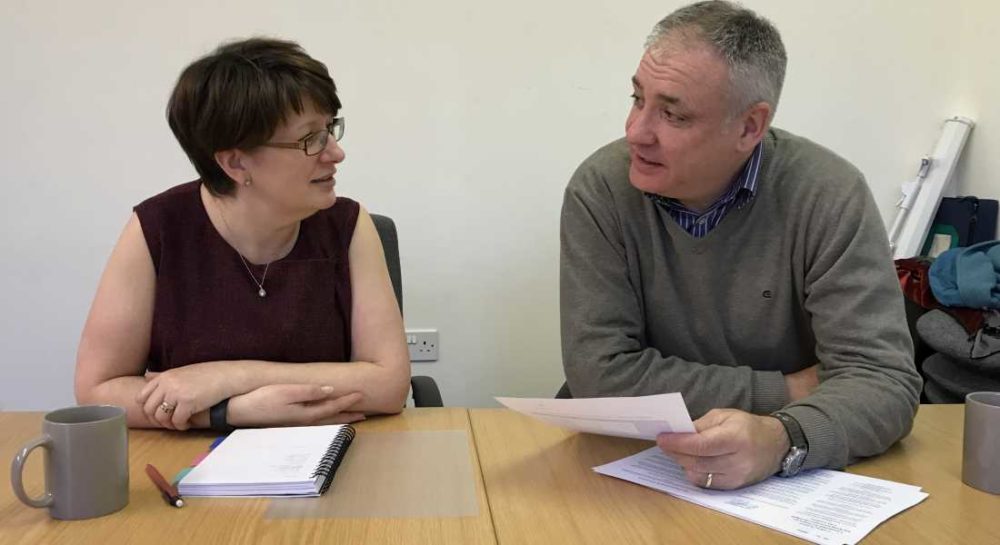 Richard Lochhead recently met with Elgin BID manager Gill Neil to discuss the Council’s plans, passed at a meeting of the economic development and infrastructure committee.

Elgin BID used the meeting to express their frustration to the MSP that the parking review discussed by that committee was not set up to generate revenue – but this has ultimately become the focus of the recommendations.

Mr Lochhead has expressed his concerns around the potential increase in on-street parking as a result of introducing a charge at the railway station car park, highlighting the difficulties residents in South Guildry Street and Reidhaven Street already experience with on street parking.

Car parking charges will also be introduced at Cooper Park, along with price increases in car parks across the town centre. Moray’s MSP shares the concerns of town centre businesses around the economic impact of the increases, pointing to the fact that vacant properties in Elgin town centre have halved in the last two years and has called on the Council not to do anything that may reverse that progress.

Mr Lochhead said: “I had a really helpful meeting with Elgin BID who wanted to discuss with me the impact of the new car parking charges to be introduced by the Council on both residents and businesses in Elgin Town Centre.

“One of the key aspects of the review was to look at how the Council could solve the issue on on-street parking in Elgin and I have to say that residents who live near the train station will likely be racking their brains as to how introducing charges at the station is going to help them. Introducing a charge at the station will undoubtedly push people onto the surrounding streets.

“A real concern for town centre businesses is that the new charges may mean customers choose to simply shop elsewhere and our local out of town retails park already benefit from free parking.

“Elgin town centre has seen a lot of improvements in the last few years and the fact that the number of empty shops has halved shows that real progress has been made which is great for the local economy. My concern, and that of local business owners, is that these charges could undo some of the good work that has been done and could pose a real risk to the viability of the town centre.

“Elgin BID are working hard alongside local businesses to push the Council to reconsider and I fully support them in their efforts, as do my SNP colleagues in the Council.”