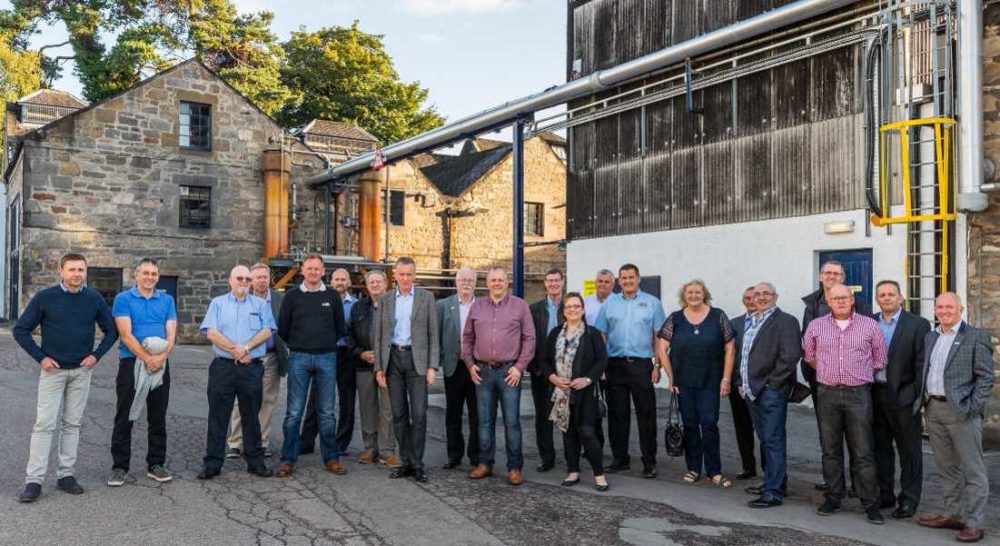 A NATIONAL CAMPAIGNING Trade body held their annual board meeting in Elgin recently – enjoying a taste of Moray hospitality.

SELECT is the body representing the electrotechnical industry in Scotland and chose to hold their meeting in Elgin, led by their president Kevin Griffin who runs Logic System Fire and Security in East Kilbride.

Hosting the event was SELECT’s Inverness and North of Scotland branch with the meeting attended by Kenny Duncan, MD of North Electrical Services of Inverness and Elgin, who only recently was elected as vice-president.

The Central Board event has been moved among the branches in order to encourage interaction with members throughout Scotland, with previous meetings having been held in Ayr, Aberdeen, Dundee and Lanark.

The Inverness and North of Scotland branch is chaired by Sonya Warren, of Gateway Control Systems and known in Moray as a local SNP Councillor for Buckie. GCS won the Best Environmental Project award at 2014’s SELECT awards ceremony.

Before the business of the annual meeting, the Inverness and North of Scotland branch guided their guests on a special visit to the Speyside distillery Glen Moray, which celebrates its 120th anniversary this year. They were introduced to the mysteries of whisky by Master Distiller Graham Coull, who was Ambassador of the Year at this year’s Spirit of Speyside Festival.

Afterwards, the guests retired to the Mansfield Hotel in Elgin for, dinner, where the guest speaker was Sandy Adam of multi award winning Springfield Properties.

Newell McGuinness, managing director of SELECT, said: “The Inverness and North of Scotland event was a success as it provided another great opportunity to build links between the board and the branches.”

By representing the industry to government, SELECT influences legislation to create industry conditions which enable member firms to both provide a quality service to their clients and operate profitably at the same time.