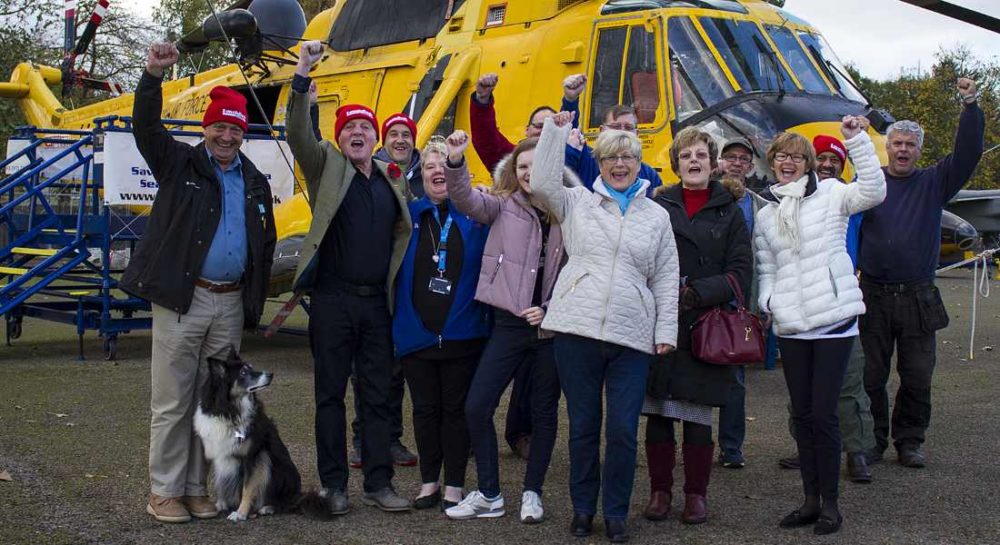 TV STAR CHRIS CHITTELL is more used to the Emmerdale studio than pottering around aircraft – but he decided to give himself a treat by calling in at Morayvia recently.

Chris is, of course, no stranger to Moray, admitting to a particular liking for our region – a regular visitor who has undertaken promotional appearance throughout Moray from the Keith Country Show to the Christmas Lights switch-on in Lossiemouth.

His latest visit was a fleeting one, having a look at the progress being made at Moray’s science, technology and aviation centre at Kinloss.

Morayvia’s Mark Mair – himself something of a TV celebrity after making an appearance on STV’s annual Children’s Appeal show last week – acted as guide for Chris when he called in at Morayvia.

Mark said: “Chris was up for a visit to Aberdeen and so took the opportunity to call in at Kinloss – he made the visit to personally congratulate our volunteers for their commitment and energy at Morayvia.

“He said he was surprised with what we had on offer in such a very short period – and is now looking forward to spending a lot more time with us next summer when he will call back at Kinloss.

“Our Diane and Maureen showed him around the shop and presented Chris with a model of our Sea King exhibit.”

Following his visit Chris said: “I am so humbled to be presented with the model and it will take pride of place in my home.”