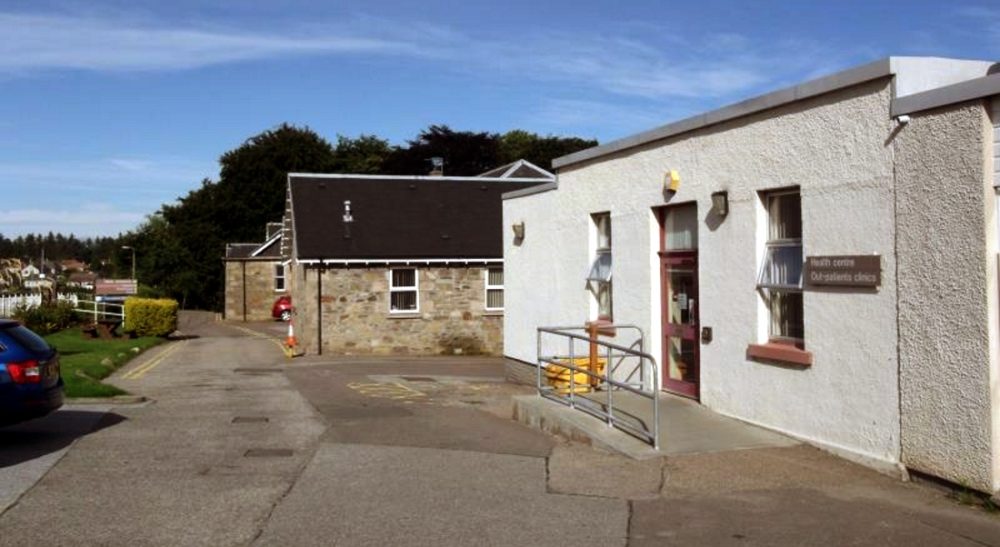 KEITH MAY NOT be able to count on having a new Health Centre and Hospital built for another five to ten years.

That was the stark reality that emerged from a briefing given to local political leaders by NHS Grampian on Friday.

The summit was called to brief local representatives after NHS Grampian was urged to upgrade the Keith facilities, which have been described as ‘not fit for purpose’ and long overdue being upgraded.

Gerry Donald, head of property and asset development at NHS Grampian joined planning manager Allan Robertson and Moray Council’s head of housing and property, Richard Anderson at the meeting, which had been convened by Pam Gowans, the chief officer of health and social care Moray.

Alongside Moray Councillors being briefed was Richard Lochhead MSP and Douglas Ross MP. Mr Ross revealed that the outcome included a warning that it might take some time for any new build to take place given the current financial constraints faced: “Ultimately, officials from NHS Grampian made it clear that a new health facility for Keith could be five to ten years away. However, this could be accelerated if the Scottish Government were to provide funding sooner.

“Proposals will be put to the Asset Management Group of NHS Grampian later this month with a further meeting in February to determine the scale of facility required which will allow potential sites to be investigated.

“I continue to have concerns that Moray is the forgotten corner of NHS Grampian and these fears were compounded when I was informed at the meeting that if the x-ray facility at Keith – which is long past the normal life span – were to break down, it is highly unlikely that it would be replaced.

“This attitude must change within NHS Grampian to ensure people in Keith and across Moray get the services they require and much needed involvement comes from the Central Belt out to our communities.”

Richard Lochhead said that Moray Council had confirmed two possible sites for a new Health facility – both on Banff Road close to the Community Centre and Keith Grammar School.

He added that NHS Grampian have acknowledged that the current facility is too small for current requirements – and that was preventing the surgery from becoming a training practice, which is an important part of recruiting and retaining GPs.

Mr Lochhead said: “It was helpful to sit down with the public agencies involved to discuss where Keith Health Centre currently sits on the list of priorities and next steps involved in moving plans forward.

“Everyone at the meeting recognises the need for a new health centre and hospital for Keith, given that the current facility is too small to meet the community’s needs and there’s no room for expansion. At the moment there are no costs worked out for a possible replacement so right now NHS Grampian is unsure as to how much funding would be needed to make the community’s ambitions a reality.

“It’s clear that the staff and the Keith Patient Participation Group are eager to get to the stage where a business plan can begin to be developed and the Asset Management Group meeting in February is key to that.

“Right now, it does look like the delivery of a replacement health centre may be a few years away due to the pressures on the Scottish Budget. However, the UK Government budget is fast approaching and will right now be considering what allocation to give Scotland for investment in capital projects, such as this one, and I hope that Moray’s Conservative MP will raise this with the Chancellor prior to the budget.” Also attending was local SNP councillor Theresa Coull, who said that there was clearly strong support in the community for a new Health Centre with a petition already having gathered over 1000 signatures.

She added: “I share the community’s determination to make sure that Keith remains a priority and that the voice of the town is heard.

“It was good to get clarity from the public bodies about the location of the two identified potential sites on Banff Road and to be told that depending on the outcome of the Asset Management Group meeting in February the health board could be in a position to acquire a site.

“I know that the Patient Participation Group feel frustrated at the timescales involved and the rigourous process that has to be gone through, but they can be assured that I will continue to work closely with Richard Lochhead to keep the pressure on and to make sure that move forward in a timely manner.”