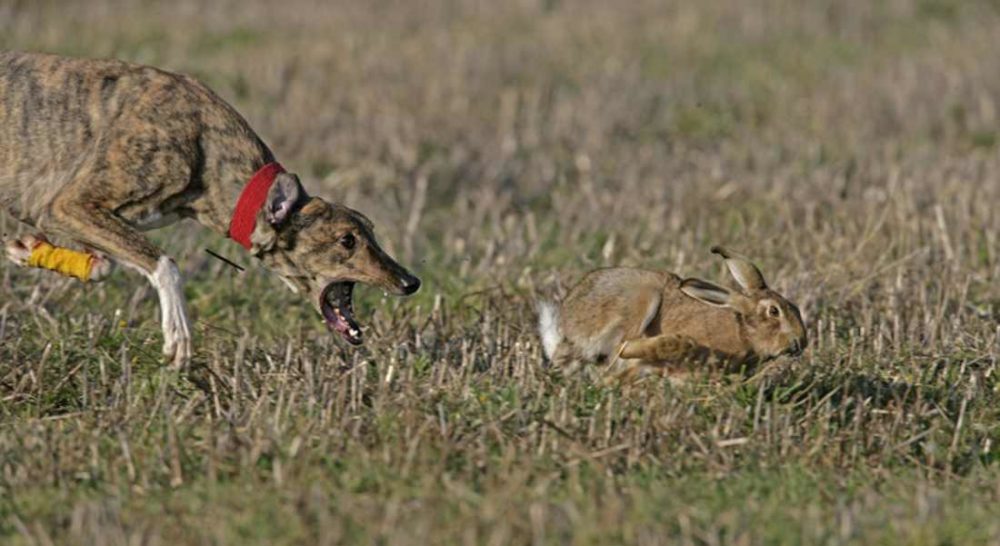 HARE-COURSING OFFENCES have reached an all-time high with police reporting incidents throughout the north east – including around Keith, Forres and Elgin.

Earlier this year the force launched ‘Operation BlackFalls’ in an effort to prevent such cruel behaviour that is wrong considered a ‘sport’ by those who practice it.

The operation seeks to educate the public on the consequences of committing the crime – and to bring those identified as offenders to court.

November marks the resurgence of hare-coursing season when crops are harvested again – and today the officer who oversees enquiries into this type of crime is urging the public to be more vigilant than ever.

Chief Inspector Murray Main said: “Hare-coursing has now become the most prolific wildlife crime in the North East. It beggars belief that people could still consider this a sport – it causes significant suffering to the animal and the chase can last up to 90 minutes before the hare is finally mauled to death.

“The success we have had in detecting the overwhelming majority of these crimes should send a strong message to the public that behaviour of such a cruel nature will never be accepted or justified and that you will be held accountable for your actions. We have the power to arrest and charge offenders and seize the vehicles and dogs involved.”

November also coincides with a rise in sheep attacks by dogs, a period when the farm animals are brought down to low lying pasture in areas more accessible by people exercising their dogs or by local dogs that are allowed to roam free.

Police Scotland has launched a month-long national campaign to raise awareness among dog owners about the devastating effects of livestock worrying.

Chief Inspector Main added: “Rural dog owners and those who choose to exercise their dogs in the countryside must ensure they are under control at all times and to avoid going into fields where livestock may be grazing.

“The worrying of sheep and other livestock by dogs not only has an obvious financial and emotional impact on farmers and their families when their animals are killed or injured, but also has an effect on the animals themselves, their productivity, welfare and the future of the farm.

“Today, I appeal to communities across Aberdeenshire for their continued support by providing us with another set of eyes and ears across the countryside to reduce both types of crimes and identifying those who commit them.

“You can contact Police on 101 with information and concerns however other options are through CrimeStoppers or RuralWatch Scotland, an extension of the Neighbourhood Watch Scotland movement and an excellent way of keeping in touch with what’s happening in your area.

“Residents, famers and land owners can sign up to the scheme at www.ruralwatchscotland.co.uk to receive updates via their mobile phones relating to recent crime in the area and crime prevention tips so they can avoid falling victim to something similar.

“New members are always welcome to the scheme, which has proven a quick way to keep residents in more isolated areas up-to-date with important information about crimes and crime prevention.

We would also urge non-members to contact us immediately if they have important information so that quick action can be taken. Crime affecting rural communities should never be underestimated – it can have a knock-on effect on all of us.”