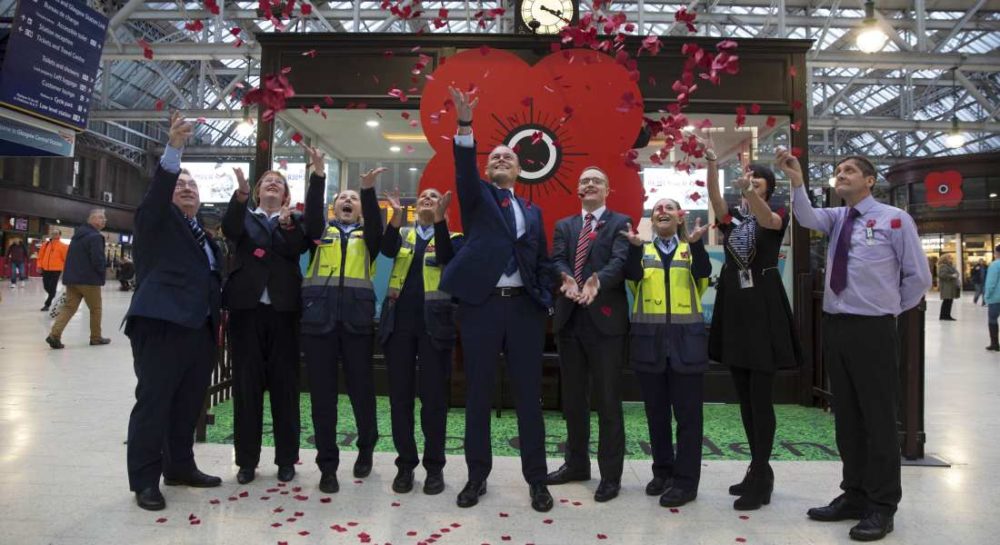 A CAMPAIGN IN SUPPORT of the Scottish Poppy Appeal this year has been launched by the ScotRail Alliance that will see collections being made at all major rail stations.

In addition PoppyScotland staff and volunteers are being offered free travel while there will be collection tins at all staffed stations – so all three in Moray at Elgin, Forres and Keith.

Last year was the first where the ScotRail Alliance supported the campaign nationally, raising £57,892.49 for PoppyScotland.

ScotRail Alliance managing director Alex Hynes said: “I am exceptionally proud that we are supporting PoppyScotland once again this year. We should never fail to remember the sacrifice of those who have served, and those who continue to serve, our country.

“Our armed forces go the extra mile for us 365 days a year, and it’s the donations we make now that helps this excellent charity do its work all year round.”

Sean Murphy, a former navy submariner who is now a safety trainer and assessor with the ScotRail Alliance, said: “It was a pleasure to go the extra mile for PoppyScotland. The work they do is invaluable to armed forces personnel, both past and present.

“At this time of year, it is important that we remember those who have fallen, for the sacrifice that they have made. But it’s also vital that we don’t forget those who returned, and the support that many of them require.”

Gordon Michie, who is Head of Fundraising at PoppyScotland, concluded: “We are delighted to be working with the ScotRail Alliance once again this year, and extremely grateful for their ever increasing level of support.

“Its fantastic support will help Poppyscotland continue to provide our vital, life-changing support for the Armed Forces community.”