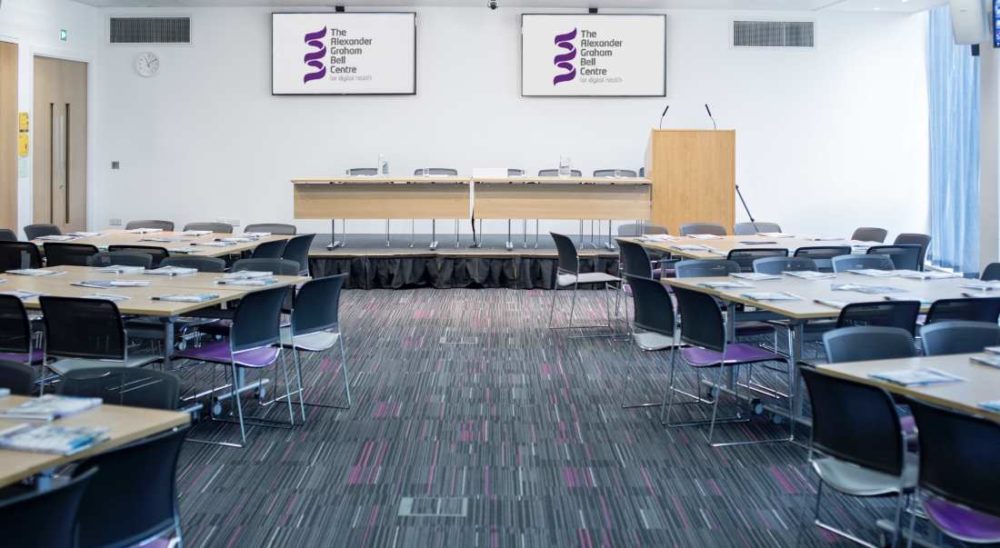 THERE WILL BE a first for Moray College UHI BA Honours students when they host the inaugural UHI Events Management Conference this month.

The Conference will take place from 1.30pm on November 17 at the Alexander Graham Bell Centre of Moray College UHI – bringing together specialists from throughout the region and beyond.

They will impart their knowledge and experiences of working on large-scale public events for anyone who is working, studying or interested in the events industry.

Speakers including Laurie Piper, Operations Manager of Moray Speyside Tourism (previously of Edinburgh Hogmanay Celebrations), Kresanna Aigner Director of the Biennial Findhorn Bay Festival and Gill Neil, Manager at Elgin BID among others will present, debate and offer workshops at the event.

The opening presentation will be provided by Major General Seymour Monro CBE, who was instrumental in setting up the Highland Military Tattoo at Fort George and is currently Executive Chair and Director of the Tattoo.

Major General Seymour is the Honorary Air Commodore of 2622 (Highland) Squadron RauxAF at RAF Lossiemouth and is a Deputy Lieutenant for Moray.

Lecturer and Module Leader based at Moray College UHI, Allane Hay said: “We are absolutely thrilled to have such an eminent speaker open this inaugural event. “Organising an event such as the Tattoo is quite a feat and Major General Seymour is an inspiring speaker. He has stated his delight at being asked to speak at our Conference, but it is we who are immensely flattered that he accepted our invitation.”

The students organising the event said that they had been overwhelmed by the generosity of local events specialists in coming forward to support them as they organise the first conference of its type in the region.

The event is serving as an assessment task for the second-year students on the Events Management degree and they are being mentored and guided by third year students who are now moving on to a strategic role in their studies.

Supervised by lecturers in Moray and the Programme Leader who is based at North Highland College UHI, the conference is open to any students from across the region and anyone else wishing to learn more about the events industry.

It is an opportunity to meet other people who work in the industry, to share knowledge and discuss the future of the industry here in Moray.

The conference is free to attend and can be booked via EventBrite, the link for which can be found on the Moray College UHI web site.