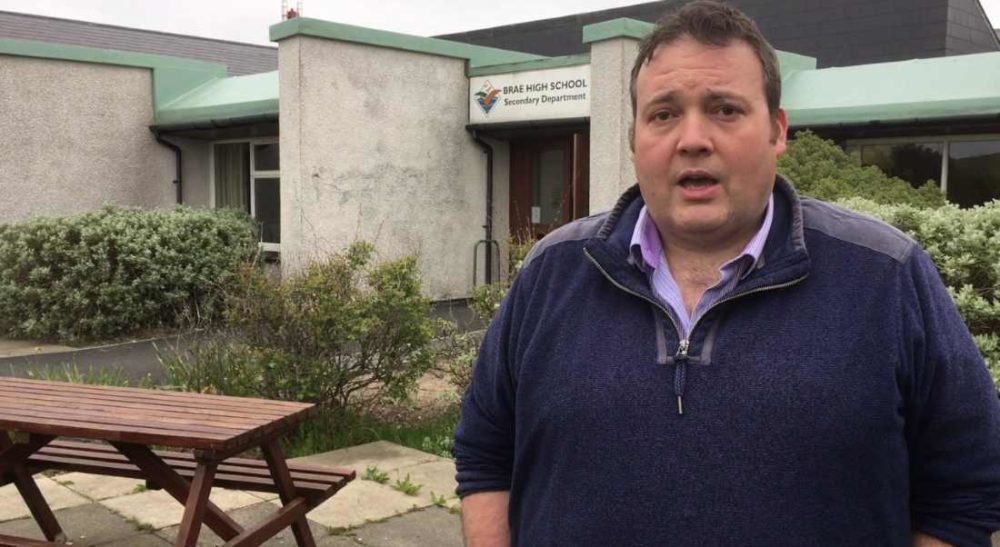 NEW FIGURES SHOWING NHS Grampian as the worst in Scotland for Mental Health treatment for children and young people is being highlighted by a regional MSP.

Jamie Halcro Johnston is to question the Cabinet Secretary for Health on what action is being taken to reduce waiting times.

Mr Halcro Johnston has previously highlighted problems at NHS Grampian, which covers Moray and has a working agreement with NHS Orkney and NHS Shetland to deliver a range of services.

Health secretary Shona Robison previously admitted that waiting times in the board were “unacceptable” and suggested that measures would be undertaken to rectify problems. The new NHS figures demonstrate that fewer than a third of young people were given treatment by mental health services though the health board within the 18 week target, far lower than the Scotland-wide average of 73%.

Jamie Halcro Johnston said: “There are clearly endemic problems within NHS Grampian and the health secretary has promised action. With new figures showing further worsening performance against waiting times targets, it seems that the Scottish Government has been slow to act.

“I will be asking the health secretary to update the Scottish Parliament on the work that she indicated would be undertaken months ago to reduce waiting times in our region.

“While I welcome her commitments, it is clear that the SNP Government has taken its eye off the ball in allowing the problems in NHS Grampian to reach this stage.”

Meanwhile Mr Halcro Johnstone also hit out at Finance secretary Derek Mackay after he had confirmed that everyone being paid more than £26,000 – including nurses, primary teachers and police officers – would pay more under his plans.

The increase will hit an estimated 1.2 million workers cross Scotland.

The Conservative MSP said: “We now know an estimated 20,000 people in Moray will be hit by the SNP’s tax increases. These hit thousands of middle-income earners, after the SNP reversed their manifesto commitment not to increase the basic rate of income tax.

“This has been the very worst sort of deception for people across Scotland, many of who were told by Nicola Sturgeon only last year that their taxes would not increase.

“These proposals will make it more difficult to attract and retain skilled workers to the Highlands and Islands and will have a negative impact on our economy and the public services that we all rely on.”