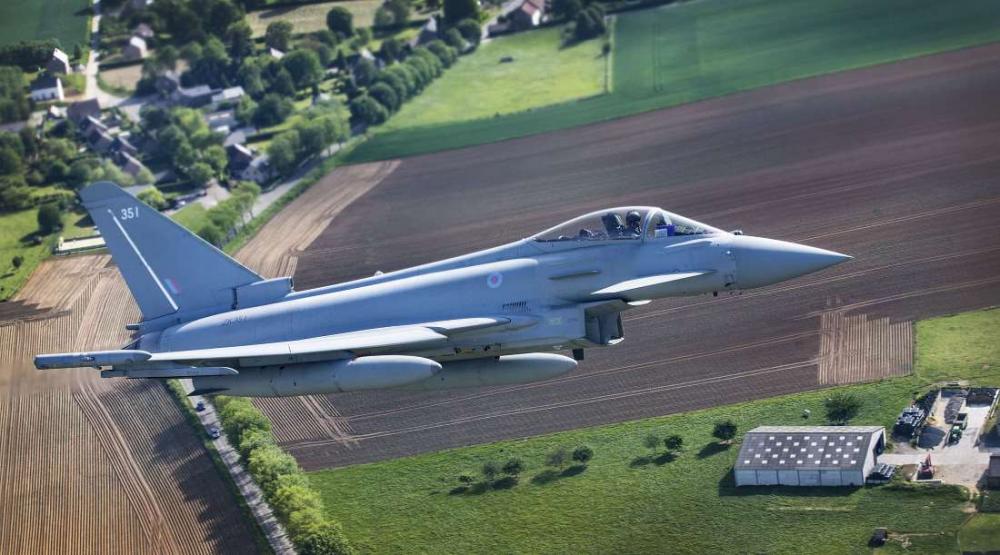 AN IMAGE OF one of the most familiar sights in Moray has been selected as one of the best photographs captured by Ministry of Defence photographers.

A group of 85 images have been selected to demonstrate the work of the servicemen, women and civilian photographers who strive to capture the daily work of all three UK services around the world.

Among those selected as best in 2017 was a stunning shot of a No2 Squadron Typhoon from RAF Lossiemouth, captured over Belgium during the NATO Summit held in May.

A spokesman said: “From the dust and dirt of a warzone to the gleaming uniforms of a parade, these images show the reality of life for UK servicemen and women based around the globe.

“From training allies, to helping civilians in devastated Caribbean islands, this gallery displays some of the extraordinary moments witnessed by service personnel in 2017.

“Many who capture these images are service personnel first and photographers second, deploying with their rifle as well as their camera, taking the same risks as others but also giving the public a unique, candid view of the realities of military life.”

Currently more than 5,000 troops will be working over the festive period, involved in 25 operations in more than 30 countries ranging from Iraq to the South Atlantic.