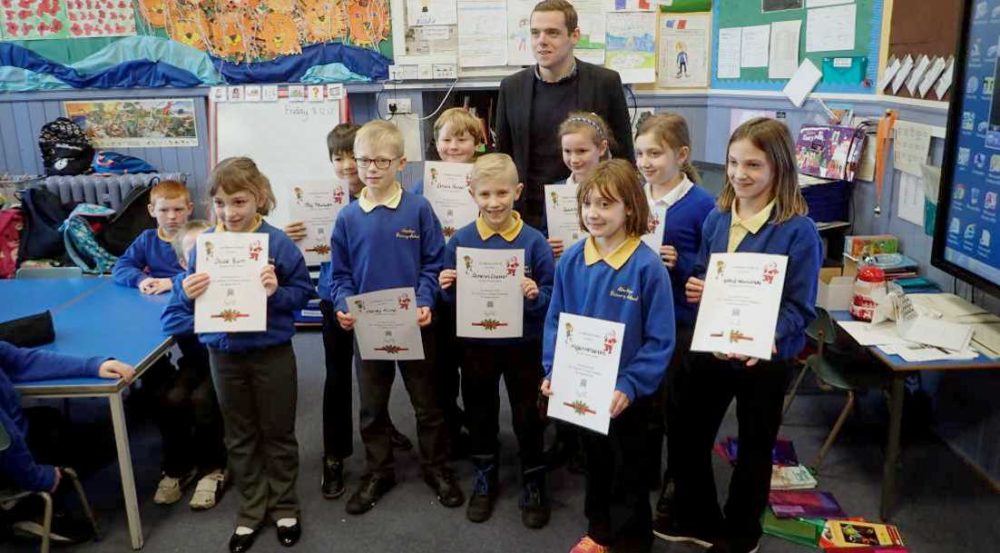 The MP said he was “absolutely delighted” with the number of entries received – and the imagination that was shown by the children through their designs.

“To be honest I found it extremely difficult to pick just one, but someone had to win and I was delighted to be able to present Arwen with a television, along with some festive shortbread and a mug featuring her design of animals in a festive scene,” the MP said. Tesco in Forres sponsored the competition by providing the television while the winners and runners-up also received individually designed mugs from Morayvia while the shortbread was donated by Walkers of Aberlour.The MP added: “The winning design has now been put onto my Christmas card along with the designs of the three runners up and will be sent out as my official Christmas card.

“The four designs which feature on my card come from all parts of Moray and included local iconic scenes, the children’s own images from Christmas and the winning design even included a Dalmatian, Arwen must have known I had a soft spot for them!

“I’m very grateful to all the pupils for taking part in the competition and their excellent designs and I would also like to thank all the sponsors who generously supported the competition.”