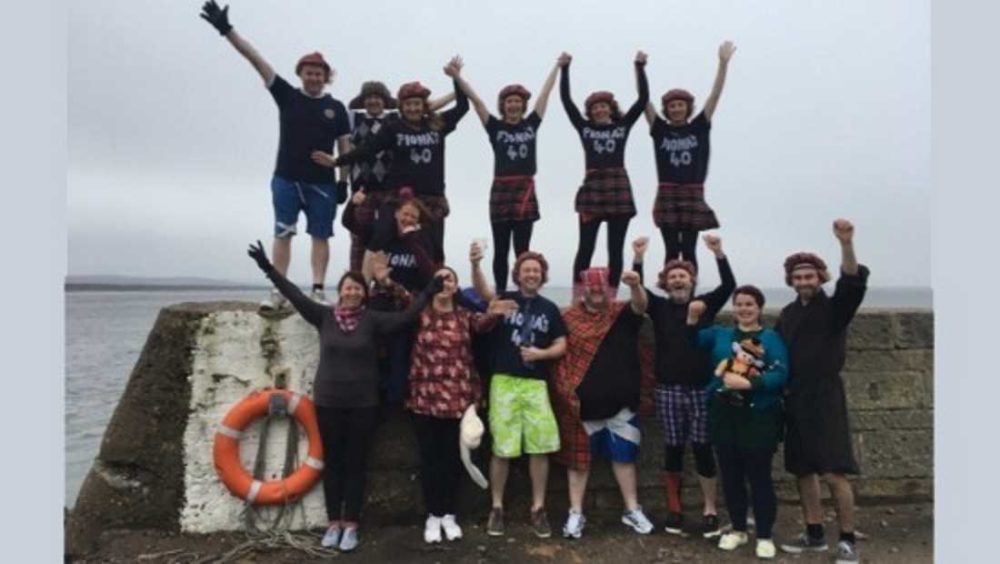 The annual Burghead Swim was under threat as recently as a year ago, but the tradition has been kept going by a team of volunteers who work throughout the year towards the much anticipated event.

Prostate Scotland, Moray Fresh Start and the local Burghead Primary School and Moray Sea School Memorial are the beneficiaries this year – with organiser Jamie Campbell admitting that in the hours before the event there were concerns over the weather – but it was deemed safe to continue.

Jamie added that the event received a boost just before the swim with around 600 people turning out to view the antics of those brave enough to take on the challenge on a freezing cold day.

The event has been running since 1985 – but looked set to close until Mr Campbell stepped in to lead the organising committee. Last year was not without its troubles, the swim having to be delayed because of the weather – this this year there were no such fears as it went ahead as planned.

The sum raised will be announced later but is expected to exceed £9000 from an event that has raised over £250,000 for local causes since its inception.