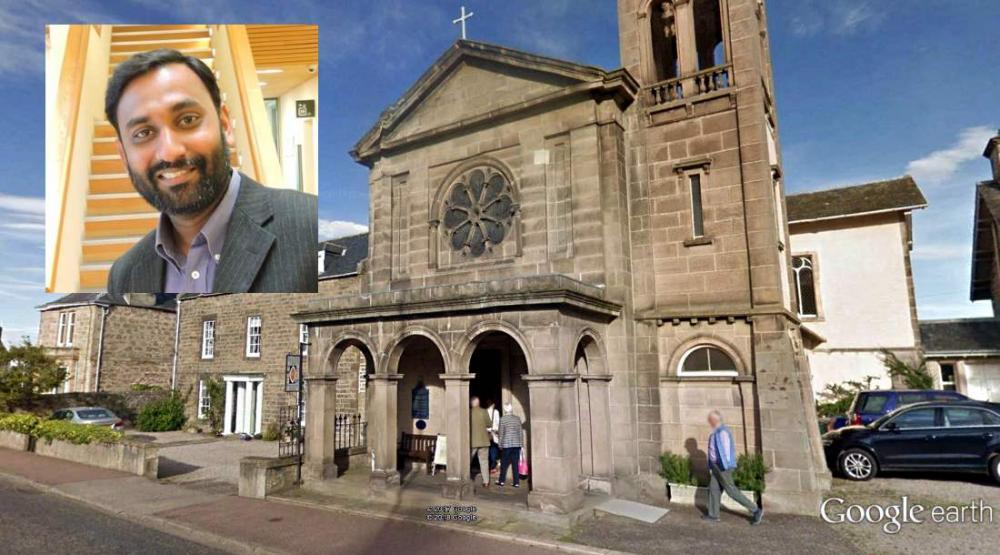 A FAMOUS 19TH CENTURY Moray church is to have new leadership for the first time since the summer of 2016.

St John the Evangelist Scottish Episcopal Church alongside Victoria Road in Forres was initially built in the 1830’s to a design by Edinburgh architect Patrick Wilson.

The simple church was altered after a visit from its first Rector, Alexander Ewing, to Florence. That resulted in the church taking on an Italianate style and it was refitted by Elgin’s Thomas Mackenzie in 1844.

In all 18 Rectors have served the church to the retirement of the Reverend Canon Clifford Piper in the Summer of 2016. Since then the church has been ‘in interregnum’ – with services conducted by local active and retired clergy and lay members of its congregation.

A spokesman said: “The Church Officers, both Diocesan and local, conducted a search for a new incumbent. The Internet was heavily used as a recruiting platform, both in the form of Web Pages and/or Social Media. This resulted in interest in the vacancy reaching across the five major continents.”

The lengthy process finally ended with the Reverend Doctor Hamilton Imbadas being appointed Priest in Charge of St John’s in the Autumn of last year. He is an ordained minister in the Church of South India – Kanyakumari Diocese and has studied in a number of Universities in India, Europe and the UK.

The spokesman explained: “Rev Dr Imbadas was latterly a researcher at the University of Glasgow as well a member of the clergy team at St John’s Scottish Episcopal Church in Dumfries. He is married to Grace, who is also an ordained minister, and the couple have three children.

“The family moved to Forres just before Hogmanay and have spent their time unpacking as well as finding their way around Forres and the surrounding countryside.”

The Most Rev Mark Strange, Bishop of Moray, Ross and Caithness and Primus of the Scottish Episcopal Church, will install rev Dr Hamilton Inbadas as Priest in Charge at a special service at St John’s at Noon on Saturday, January 20.

The sermon will be delivered by the Rt. Reverend Gordon Mursell, former suffragan Bishop of Stafford.

The spokesman concluded: “The congregation of St John’s are delighted to have a new shepherd and invite come one and all to celebrate the Installation.

“After the service, there will be a lunch in the nearby Parish Hall – please contact the Parish secretary by email to secretarystjohnsforres@gmail.com for any further information.”