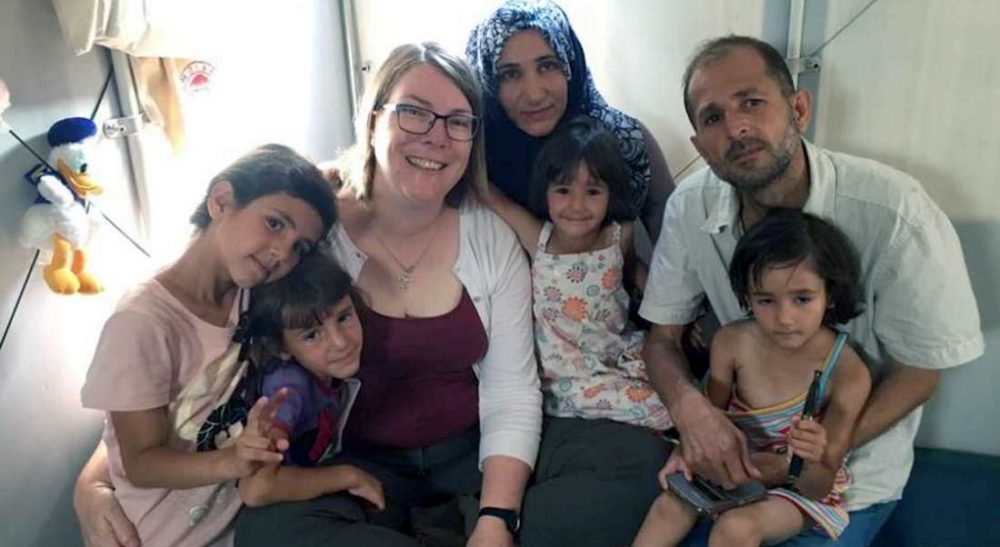 THE ORGANISATION FORMED to support refugee families settling in Moray has revealed plans to amalgamate their services with the Highlands.

Moray Supporters Refugees was formed as a local community response to the need for regions throughout the country to do all they could to support refugee families escaping war-torn middle east regions.

Since 2016 the group has supported families who moved to Moray as well as gathering donations for refugees who still remained in camps. A drawback for the group, however, came with their bid for charitable status being turned down – now that has been cited as one of several reasons why an amalgamation with Highlands Supports Refugees, who have full charitable status.

Another reason is the group leader, Reverend Shuna Dicks from the Aberlour Church of Scotland, is moving away from Moray this month – and has pledged to put the support group on a firmer footing prior to her departure by calling an meeting of group members on January 9 at 7pm in the Inkwell at Elgin Youth Café. In a message to members Shuna said: “The Board has agreed that we would like to go ahead with merging with the Highland Supports Refugees Group.

“Much of the work of both groups is the same and our aims and objectives are the same. They have the added bonus of being a fully approved charity, whereas our application to register as a SCIO was originally turned down – and I have had not had the time to focus on reapplying.

“In essence, this move will change little as we will continue to collect and sort donations at the Business Units at Chanonry. We will still retain the name Moray Supports Refugees but be a subsidiary of HSR.

Shuna added that the Board recommendation required agreement with all members, and in any case an AGM was due so the issue will now be discussed on January 9.

She added: “Our constitution states that membership needs to be confirmed annually and whilst we have not had an AGM since our inaugural meeting to approve the constitution, this meeting will be the AGM as well.”