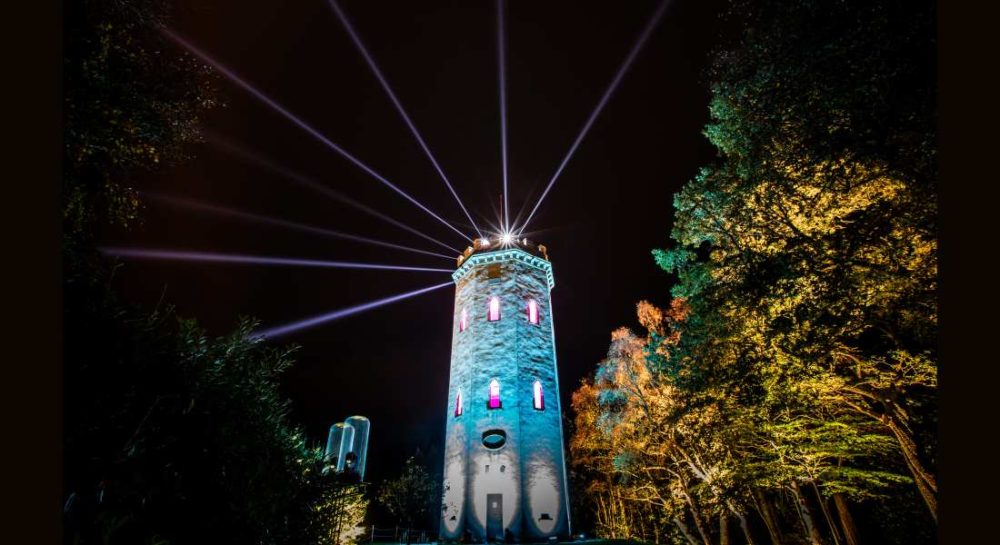 THE TEAM BEHIND one of the brightest if not most profitable annual events in Moray have revealed that it will not return at the end of this year.

Colours of Cluny in Forres attracted massive critical acclaim when it first appeared at the end of 2016, bathing the town’s Cluny Hill in a spectacular sound and light show that captured the imagination.

However, despite being an almost instant success the event did attract criticism that is was perhaps a little too costly to take a walk around a public park area. Now organisers the Forres Features Community Interest Company announced that a meeting last week had decided to pull the plug on any future events.

In a statement they said that despite two highly successful years, with the local hospitality and tourist sector seeing a raft of positive benefits, the show was unable to generate the revenue necessary to secure its long-term future.

Forres Features Chairman Graeme Murdoch said: “Colours of Cluny has surpassed our goal of putting Forres firmly on the tourism map and it created a welcome boost for local businesses during the quieter winter months.

“It’s a tribute to the hard work and dedication of everyone involved that footfall for 2017’s show increased by 14% to 14,200 visitors (compared to 12,400 in 2016). Although the show was extremely well-received, it wasn’t enough to meet the target necessary to secure the event’s future. “We did make a surplus, but it is insufficient to reinvest and deliver the necessary ‘wow factor’ which is vital if we want to grow the event. The bottom line is that the market growth isn’t sufficient to give us the confidence that the show would be sustainable in future years.

“However, Forres Features Community Interest Company will continue to operate and the committee will review its future strategy over the coming months.”

The event relied almost entirely on the goodwill of volunteers, sponsorship and support from local businesses that allowed the staging of the family-friendly spectacular inspired by the stunning natural setting of Cluny Hill in Forres.

Mr Murdoch added: “What made Colours of Cluny so special was that it was a community, not a commercial, operation. It relied entirely on our army of over 80 volunteers and we’d like to offer our sincere thanks to all these people for their hard work, dedication and enthusiasm over the last two years.

“In addition, Forres Features is very grateful to our external sponsors, local companies, organisations and individuals who either provided services free of charge or at greatly reduced rates which allowed us to make tickets prices as affordable as possible.

“Despite this incredible support we didn’t get the audience numbers that would have secured the event’s future and it is with great sadness that we’ve had to make this decision.”

Colours of Cluny 2017 cost over £200,000 to stage and principal funders were Highland and Islands Enterprise (HIE), EventScotland (part of VisitScotland’s Events Directorate), The Budge Foundation and Berry Burn Community Fund. Laurie Piper, Operations Manager, Moray Speyside Tourism, said: “Although obviously saddened by this announcement, I want to recognise the efforts of, and congratulate the Colours of Cluny team on their achievements over the last two years.

“Each year has seen the event grow and develop and Colours has been fundamental in showcasing both Forres and Moray Speyside in to local people and to visitors from Scotland and beyond during a traditionally quiet period.

“I know that every avenue has been explored to secure the event’s future, but the reality is that without the tickets sales it’s impossible to secure a long-term future for the event.”