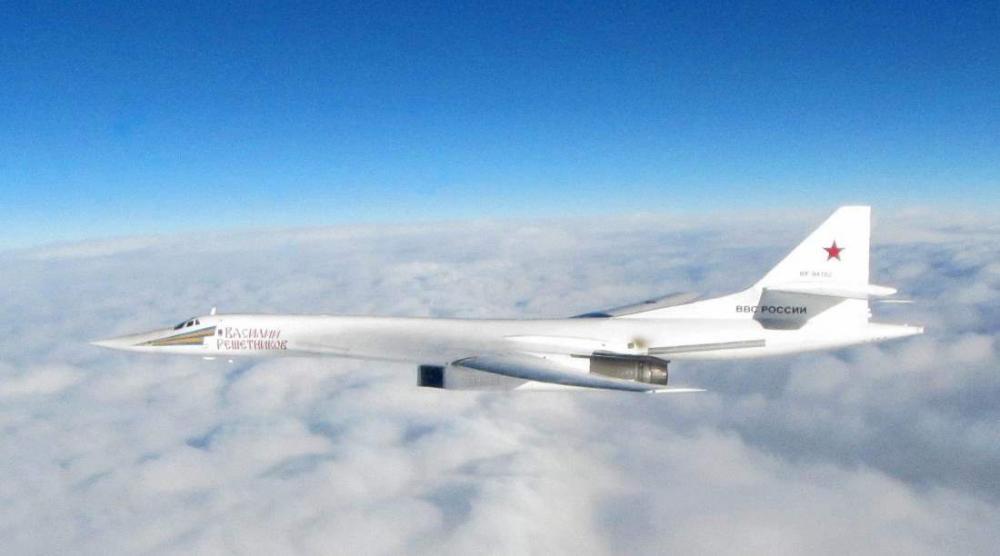 DRAMATIC IMAGES AND VIDEO of RAF Lossiemouth Typhoons undertaking a Quick Reaction Alert (QRA) intercepts of Russian aircraft have been released by the Ministry of Defence.

The aircraft were scrambled from Moray after being told that two Russian planes were approaching UK Airspace, their flight having been monitored by NATO allies.

They were a pair of Russian ‘Blackjack’ Tupolev Tu-190 long-range bombers who were not in communication with air traffic control, making them a hazard to all other aviation.

The RAF worked closely with NATO partners to monitor the jets as they passed through a variety of international airspace, before they were intercepted by the RAF in the North Sea. Subsequently, our fighters escorted the Russian Blackjacks north, out of the UK’s area of interest. At no time did the Russian bombers enter UK sovereign airspace. Defence Secretary Gavin Williamson said: “The threats this country faces are intensifying and we will not hesitate in defending our skies from acts of aggression.

“Our excellent RAF tracked the Russian aircraft every step of the way, and they continue to police UK and international airspace every hour of every day, to help keep the British people safe.”

RAF QRA was launched today because the Russian Military aircraft were not talking to air traffic agencies. The RAF routinely intercept, identify and escort Russian aircraft that transit international airspace within the UK’s area of interest and continue to be on call 24/7, 365 days a year.