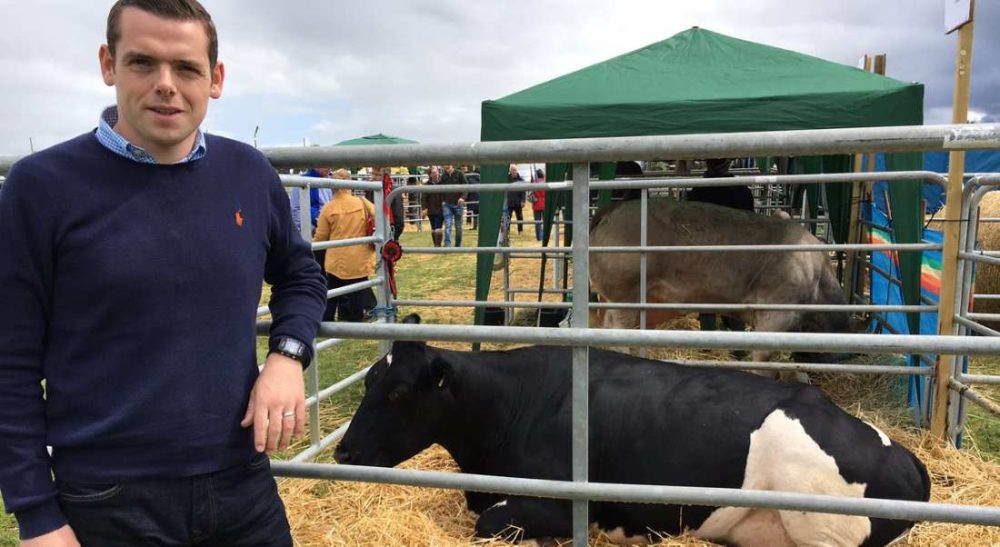 MORAY’S MP HAS WELCOMED a commitment from the UK Government that secures farm payments in Scotland until 2024 – and beyond.

It was in a speech on Thursday to the Oxford Farming Conference that DEFRA Secretary of State Michael Gove announced the Government will match EU CAP payments for five years after the UK leaves the EU in April 2019.

Commenting on the commitment Mr Ross said: “This is excellent news for all our farmers in Moray and across the UK – and is a result of lobbying by myself and my fellow Scottish Conservative MPs to ensure that our farmers were not left out of pocket when the UK leaves the EU and the Common Agricultural Policy.

“While our manifesto gave a commitment until the end of this Parliament, 2024 provides more long-term security for our rural communities. Farming is one of Moray’s most important industries and our farmers needed to know that support payments would continue.

“Now that the UK Government has given that commitment, our livestock and arable producers can plan ahead with much more certainty.”

Mr Gove said that payments beyond 2024 will continue under a new system that rewards environmental improvement.

Mr Ross added: “Our farmers in Moray are among the most productive and innovative in the country and, as with most farmers, they already take their environmental responsibilities very seriously, so I am sure they will take any changes to payment schemes in their stride.

“Farmers want to produce food in a beautiful environment which their forebears created, so the Government’s commitment to this is a tremendous boost for farmers in Moray, Scotland and the UK.”

The announcement has also been welcomed by Andrew McCornick, the NFU Scotland President, who said: “With food and drink now Scotland and the UK’s biggest manufacturing sector, we welcome Mr Gove’s recognition that any new, agricultural policy must have food production at its core.

“Initiatives that enable farmers and crofters to deliver on the requirement to produce safe, nutritious food would go hand in hand with NFU Scotland’s post-Brexit vision.

“There was also a welcome commitment that securing tariff-free trade with the EU is an imperative and that all future trade deals recognise and protect the exceptional production and welfare standards being delivered across the UK.”