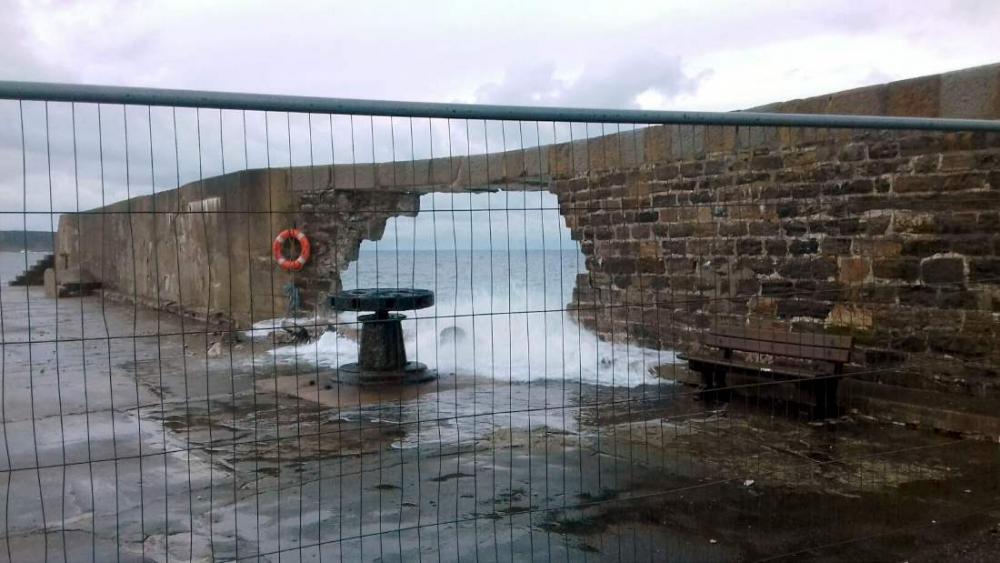 MEMBERS OF THE PUBLIC were warned to stay away from the harbour wall at Cullen following further damage to the structure last week.

Alas, many appeared to ignore the warnings – with some even moving the barriers put in place by the local authority so that they could have a closer look.

Damage was noted to the harbour last week with promises from Moray Council that action would be taken to secure the structure. At that point it was reported that there was very little danger to boats and harbour users.

However, a large section of the harbour wall itself collapsed creating a large hole – with fears that it would likely get a lot worse and had become a danger to the public. In a statement Moray Council said: “Cullen Harbour wall is very precarious – please keep away from the wall as it is in a state of imminent collapse.”

Council officials will be on the site today (Monday) to inspect the damage and consider a plan of action, with all local councillors highlighting the urgency of the situation and urging people to remain clear of what is a dangerous situation.

However, some members of the public have been expressing their concerns that people have been moving the barriers “just to get closer to take pictures”.

Local community councillor Dennis Paterson said that the damage was not good for the town, adding that the major worry was that the large Capstan winch could be destroyed.

He said: “It used to haul in the boats and fish in the past – it is still there at the moment but it is a worry. It really is disastrous – we reported problems some time ago and were told it would be monitored regularly.”