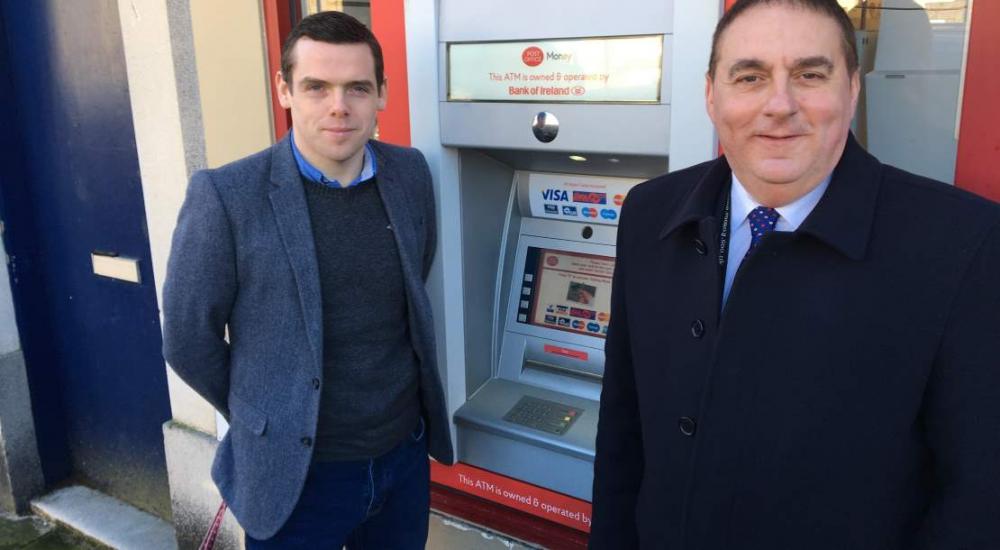 CONCERNS ARE BEING expressed in one of Moray’s major towns that higher business rates introduced where a cash machine is on the premises could mean the loss of another banking facility.

Buckley’s Newsagent and Post Office into the Moray town will be subjected to a higher rate as they host the ATM facility – prompting an appeal to local councillor James Allan to look into the issue.

Councillor Allan, who is also the Convenor of Moray Council, said that it was another potential blow to local services in Lossiemouth, adding: “Having an ATM at this location is very convenient for local residents, particularly if the other machines are out of cash or not working which is sometimes the case.

“Access to cash is a basic human right and I am very pleased to work with Douglas to take this issue up with the Scottish Government on behalf of our constituents.”

Councillor Allan was joined today by Douglas Ross MP, who pointed out that the ATM was being provided by the business owner as a service to the community.

He said: “The fact it is outside rather than in the shop means it is readily accessible – but this also seems to be why the SNP Scottish Government are imposing increased rates.

“These business rates are threatening its continued existence and local constituents have contacted James and myself to raise their concerns.

“I understand that similar ATM providers in other parts of the United Kingdom do not suffer a financial penalty like this – and I am writing to the finance minister Derek Mackay to urge a rethink.”