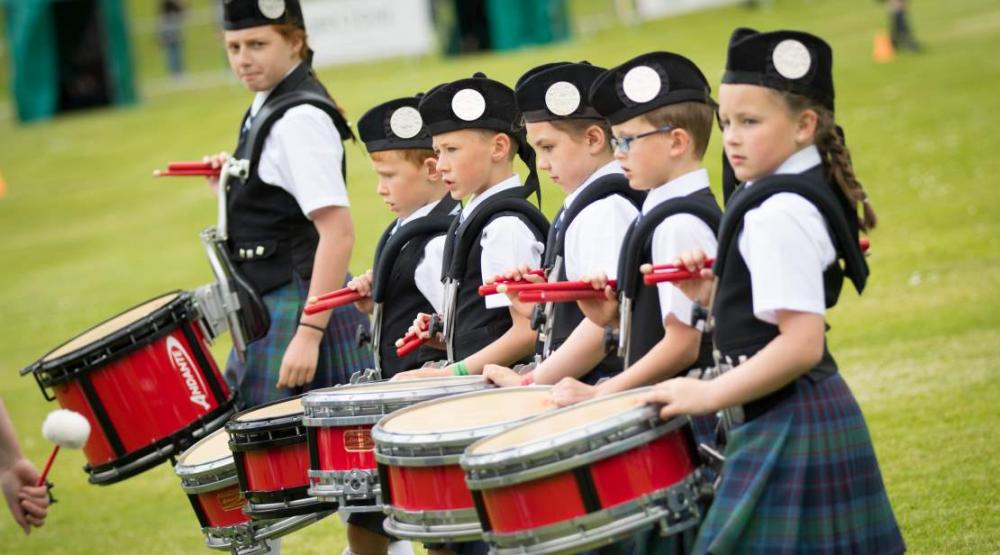 YOUNG PIPERS AND DRUMMERS are being asked to step forward and become stars of a documentary that will focus on youth bands in Moray.

Organisers of Piping At Forres us behind the production to mark Scotland’s Year of Young People 2018.

The short film will include interviews with pipers and drummers under the age of 25, explaining how and why they got involved in a band. It will also feature older members of bands who have been instrumental in encouraging youngsters to get involved.

The documentary will be used to promote the European Pipe Band Championships which will be held in Forres for the last time in June 2018 after a six-year run in the Moray town.

Joanna Taylor, a director of Forres Events Ltd, the company that organises Piping At Forres, said she was excited about the documentary: “We want to hear from bands, pipe majors or individuals who have something to say about young people, piping and its future.

“One of the aims of the Year of Young People is to share and celebrate young people’s talent and contribution to Scottish culture and arts. What better way to celebrate this than with a documentary focussing on piping and drumming, hugely significant elements of Scottish culture?”

She added: “We know that there is a huge youth element within the piping communities. At Piping At Forres in 2017, we had more than 1,000 competitors under the age of 18, which was a terrific figure, and hope to attract similar numbers again this year. “However, we also know from speaking to bands that some are concerned that they struggle to recruit those younger members who will ensure the future of the bands for years to come.

“This documentary will not only explore why young people have joined bands and hopefully enthuse others to do the same, but it will also look at some of the ways bands have responded to the need to recruit younger members.”

The Royal Scottish Pipe Band Association (RSPBA), which organises the competition staged at Grant Park for the final time this year, are delighted the documentary is being made.

Gordon Hamill, chairman of the RSPBA commented: “We are more than happy to support this documentary. The Association is very proud of the fact that our biggest growth area in recent years is in Novice Juvenile and Juvenile bands.

“At the World Pipe Band Championships in 2017 a record number of 33 youth pipe bands competed. In addition, at the recent World Solo Drumming Championships a total of 130 Juvenile snare and tenor drummers competed. These young people are the future lifeline of pipe bands and the continuation of our promotion of our national music heritage.

“In addition to our five major championships we organise and promote a further 45 local contests which encourages Juvenile bands to participate in their local area. We also encourage our juvenile members to test their ability and knowledge through our education program that is approved by the SQA. We are delighted to be supporting Scotland’s Year of Young People 2018.”

The European Pipe Band Championships ‘Piping at Forres’ is being supported by EventScotland, part of VisitScotland’s Events Directorate.

If you are in a pipe band and want to get involved with the documentary contact Claire at Chit Chat PR & Digital, the company who will be creating the film, on 01309 641354 or Email claire@chitchat.scot by March 7.