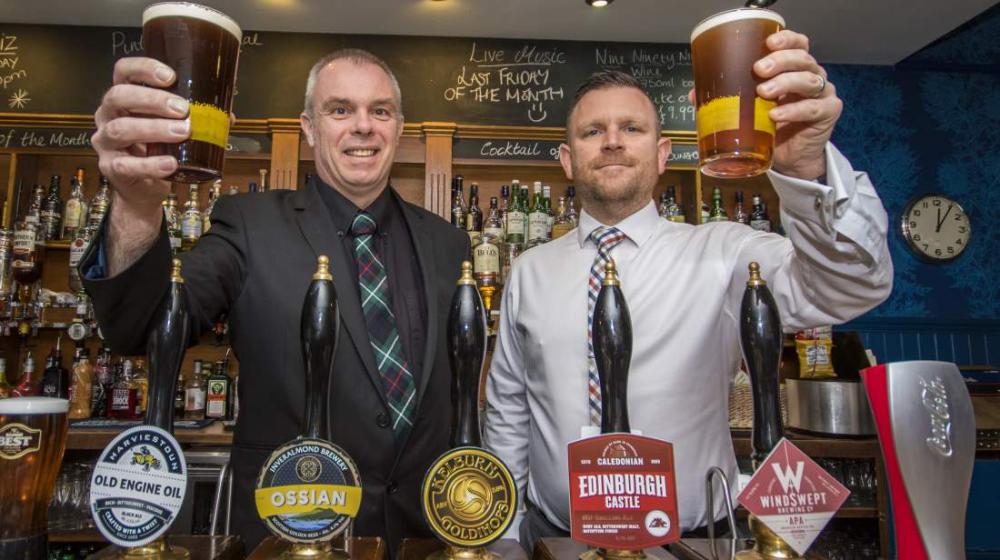 A MORAY TOWN is set to become hosts for a new event that it is expecting to attract around 1000 visitors over four days.

The Mosset Tavern in Forres is staging its first ever ‘Real Ale’ festival in April and aims to attract visitors to the event from far and wide.

‘The Forres Foot-Tapper’ is being branded the ‘real’ ale festival since The Mosset already has a widely and highly-regarded reputation for its craft beer selection. The bar already has more real ales on tap than any other in the town – and is promising to pull in punters with toe-tapping bands for an authentic festival brew.

Early-bird tickets for the Forres Foot-Tapper – The ‘Real’ Ale Festival are now on sale for an event that has received the backing of Laurie Piper, chief executive of Moray Speyside Tourism, who has been campaigning for food and drink products and outlets from across the region to be given a tourism push.

The Forres Foot-Tapper will take place from April 5 to April 8 with over 18 breweries and 80 different beers being showcased.

Mosset owner Gordon Brailsford explained that for a first attempt his team are being ambitious: “We are really excited to be bringing a new, fresh event to Moray and to Forres. We are aiming high.

“When we do something at The Mosset we strive to do it well, but we also like to go big. At the moment we have secured representation from over 18 breweries from throughout Scotland – but are still awaiting to get confirmation from others farther afield.

“To have over 80 beers on offer is also ambitious for our first attempt, but we know we can do this and from the reaction the idea has been getting from our regular customers and the trade industry, we know it will be a success.”

Gordon who has owned The Mosset for 12 years, added: “We have spoken with various operators and breweries and some already have coaches lined up to come and we hope that by staging it over a weekend in early Spring, people will make a weekend of it and not only come to the festival – but also take in many of the other attractions that Forres and moray has to offer.

“Losing the likes of Piping At Forres and Colours of Cluny is a shame for the town and the region, but we hope that this will go some way to providing a very different sort of entertainment.”

Gordon added: “The whole venue will have a festival feel. The ‘back room’ as it is referred to locally will be the key venue where visitors will be able to speak to the brewers – and we are also putting on a special menu for the event where we will be serving Mosset style street food with a Cajun-Scottish twist.

“We have also secured amazing bands Schiehallion, Glasgow duo Lazy Jams, The Chris Grant Band, and Seersha. Whether you like real ale or not, the weekend really will appeal to a wide audience.”

Laurie Piper said it was encouraging to see that another event being staged in Moray: “I’m delighted to support plans for the inaugural Forres Foot-Tapper.

“Moray Speyside’s food and drink offer is one of its greatest strengths – the region is home to a number of excellent craft breweries and producers. This real ale festival will be a great opportunity for locals and visitors alike to taste, experience and enjoy the pick of the region’s and Scotland’s finest brews in fine surroundings.”

Tickets for the Forres Foot-Tapper can be bought from www.foottapper.co.uk