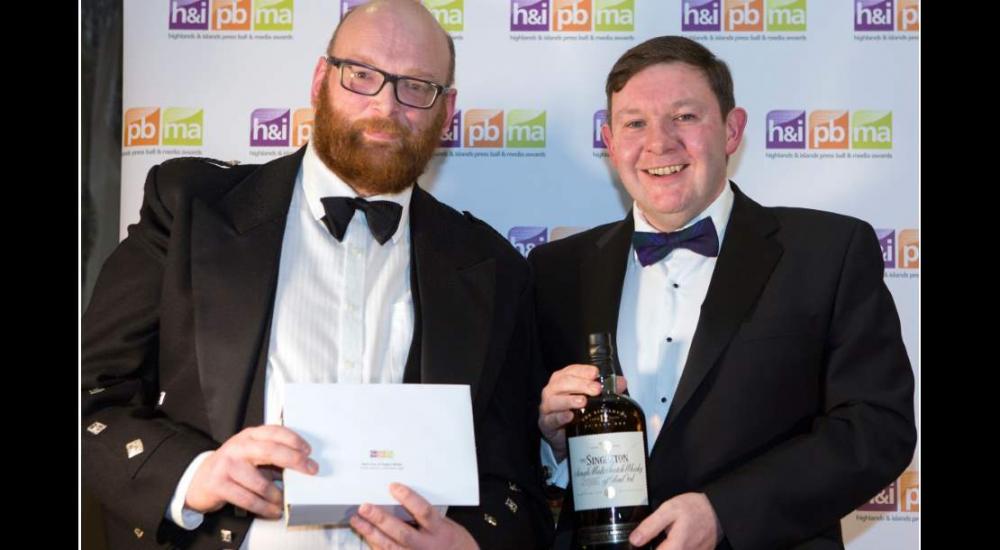 A WEBSITE CREATED and operated by a team of volunteers that promotes music throughout the Highlands and Moray has won a prestigious press award.

Inverness Gigs were awarded the ‘Best Use of Digital Media Award’ at the Highlands and Islands Press Awards over the weekend.

The music-based website has been responsible for raising the profile of music throughout the region – including promotion of Moray bands and events.

The site was created by self-confessed ‘tone-deaf lecturer’ Chris Lemon, who started a music blog as a hobby – now it has gone on to win a major media award.

“I am literally speechless. I’m also tone deaf, so I don’t know why I am sitting here with this award,” Chris said, adding: “But seriously, I love the music scene, and there was a huge gap in the market for something like this.

“When I started, it was easy to speak my thoughts and take pictures, but now it is something local people look up to and depend on. It has taken over my life, but I love every minute of it.”

Chris works as a lecturer by day – but in the night-time hours he will be found at gigs and working on reports for his site, which attracts 120,000 page views a year. As Inverness Gigs drew attention from the music-loving fraternity of northern Scotland, his hobby has now turned into a business – and the website has grown.

He said: “We offer more news, reviews and previews than any other outlet. I had to upgrade my website, my server, and now have an army of contributors and photographers.”

Chris has interviewed a host of stars including KT Tunstall, Cerys Matthews, Wet Wet Wet and the Darkness as well as being a well known face at major festivals.

He concluded: “This award acknowledges our role in the music scene in the highlands and will help us develop the brand further.”