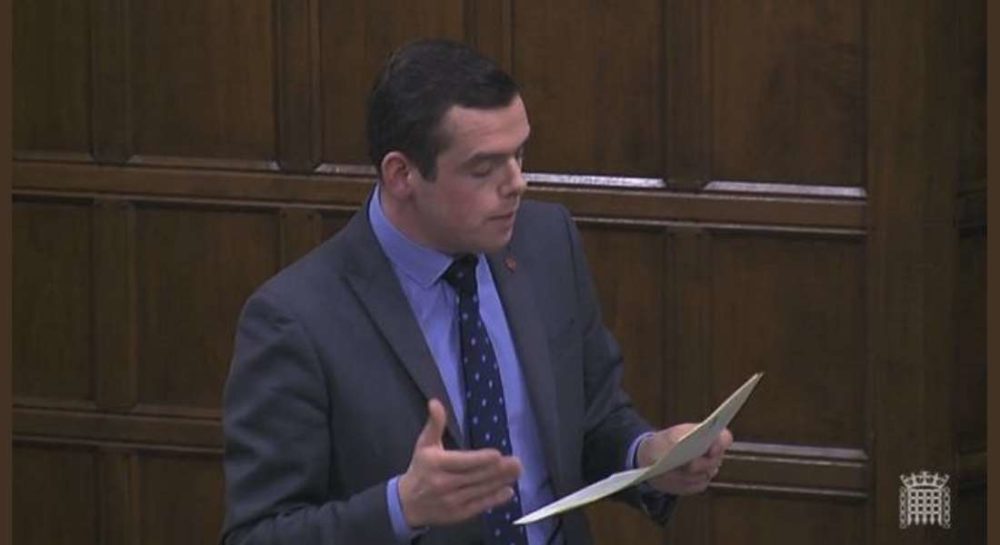 Moray MP Douglas Ross said he is extremely positive about the prospects for the Moray Growth Deal after he secured a meeting with the Chancellor of the Exchequer Philip Hammond on the issue.

Commenting Douglas said: “I’m pleased that things are moving forward with the Moray Growth Deal, which will bring a huge boost to the area and has significant local support.  I’ve hosted visits in Moray with Scotland Office Ministers and the Secretary of State and want to ensure that Moray’s case continues to be made at the highest levels in Government.

“At Treasury Questions I took the opportunity to speak up for Moray by highlighting the benefits the deal will bring to the area. I’m very pleased to have secured an agreement from the Chancellor that he will meet with me to discuss it further and I take this as a very positive sign.

“Moray badly needs this funding which would boost our local economy and provide great opportunities for our area.  The Chancellor was very positive in his response and I’m encouraged by the progress we are making towards delivering the Moray Growth Deal.

Chancellor Philip Hammond said:  “We absolutely are looking forward to being able to make progress on the Moray Growth Deal and I’m happy to meet with my hon Friend.”

Moray Council describes the Moray Growth Deal as “a regional deal designed to boost economic growth across Moray. It is a long-term plan centred around specific projects designed to transform the economy, address concerns around encouraging young people to live and work in the area and address gender inequality in employment. It brings together Scottish and UK governments, Moray Council, partners from across the public and third sectors and private businesses.”

More information on the Moray Growth Deal is available on http://www.mymoray.co.uk/