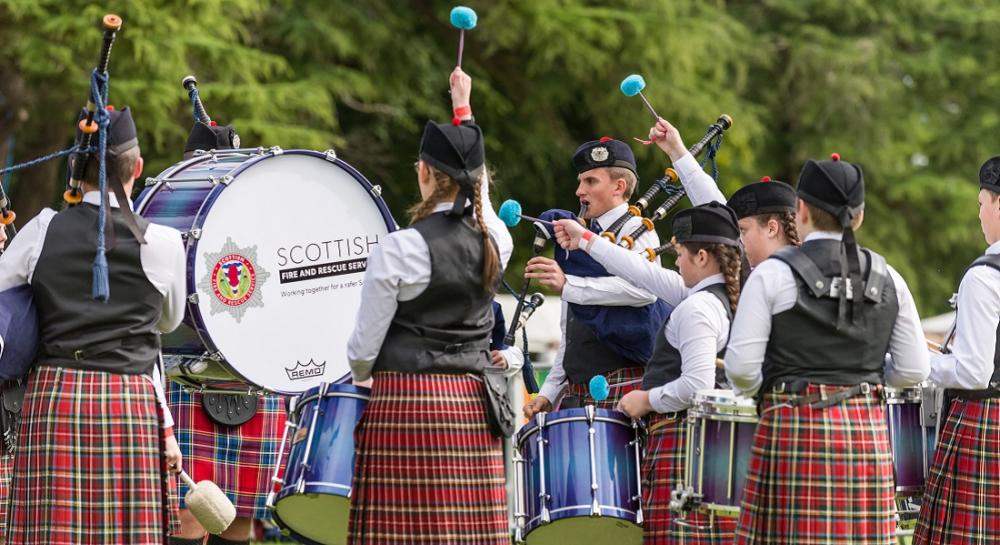 Piping At Forres, the European Pipe Band Championships, will take place tomorrow in the natural amphitheatre of Grant Park, Forres. This is the last outing for Moray’s biggest one day event which attracts visitors from all over the world.

More than 100 pipe bands will descend on Forres to compete in the contest in front of a crowd of thousands, making it the biggest ticketed one-day event in Moray.

Tickets will be available at the gate and on the website www.pipingatforres.com

The event not only includes world class piping, Highland dancing and the World Tattie Scone Championships but also boasts bars, a food and drink village, a craft and retail village, and family attractions such as funfairs.

Returning this year is the popular AES Solar Interactive Science Tent which will include an organic vegetable orchestra and the chance to race some solar boats.

The event, now in its sixth year, is sponsored by Benromach Speyside Single Malt Scotch Whisky.

Alan James, chairman of Forres Events Limited, the company which organises Piping At Forres, said: “Piping At Forres is a great day out and we are urging people to come along and enjoy the great atmosphere that the pipers, drummers, Highland dancers and the many, many sideshows provide. Grant Park is a stunning location and there is no reason why you cannot come along and spend the whole day enjoying everything it has to offer. You will not be disappointed.”

Alan James, who is also acting as this year’s Chieftain, added: “Since the first Piping At Forres in 2013, the event has grown and each year there is something new. There are also lots of activities taking place on the park including ‘Have A Go Row’ where you can try out a number of different activities and the AES Solar Science tent is back with lots of free activities including a vegetable orchestra.”

Alan, who has been involved with Piping At Forres since 2013, added: “The whole event really is a showcase for what we have on offer in Scotland. What people experience on that park, is Scotland in miniature. The food and drink and craft villages showcase Scotland’s larder and what our talented craftspeople have to offer all set in a backdrop to the site and sounds of tartan, bagpipes drums and dancing.”

The event is also supported by EventScotland, part of VisitScotland’s Events Directorate.

Paul Bush OBE, VisitScotland’s Director of Events, said: “Piping at Forres, the European Pipe Band Championships, has grown to be a standout event for the region and EventScotland has been proud to support it over the last five years.

“With the scenic backdrop of Forres providing the perfect stage for the event, the sight and sound of pipers together with the array of entertainment has ensured the Championships is a great day out for both locals and visitors alike.

“As this is the final year of the event, I would like to take the opportunity to congratulate Alan and the team at Piping at Forres on making this such a fantastic event for the region over the years. I’m sure this year’s event will be a wonderful celebration of all it has achieved.”