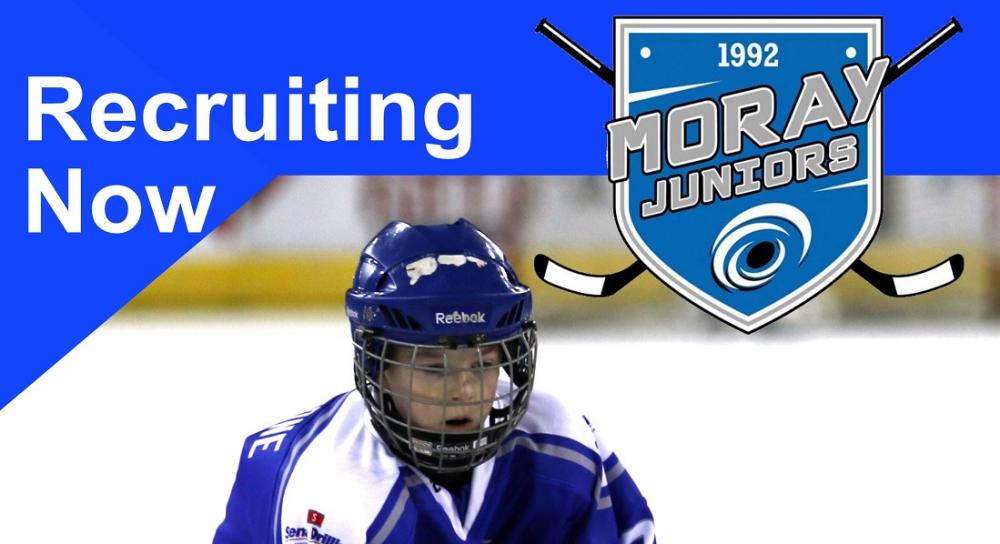 Moray Juniors Ice Hockey Club are recruiting new players for Learn to Play, under 10, under 12, under 14 and under 16 teams to help build on their first season back in the Scottish leagues in 2017-2018. Entering under 12 and under 14 teams for the first time in 5 years in 2017, the club used the season as a great learning experience for their young players. The club was recognised for the great sportsmanship and the manner in which they played the game and the club are now looking to build on that success by recruiting new players.

The club meets at the Moray Leisure Centre, Elgin on Thursday evenings starting at 5:15pm with sessions for Learn to Play which allows new players to develop the basic skills prior to joining the more experienced players with sessions for the various age groups. Throughout the season we will be holding cross ice development games for under 10s and learn to play members and we expect to be competing in the Scottish League at Under 12, Under 14 and Under 16 levels.

Anyone interested in playing ice hockey is encouraged to contact the club at morayjuniors@gmail.com or to get further information at www.morayjuniors.com.

Training sessions will be held throughout the summer to prepare for the new season starting in October 2018.