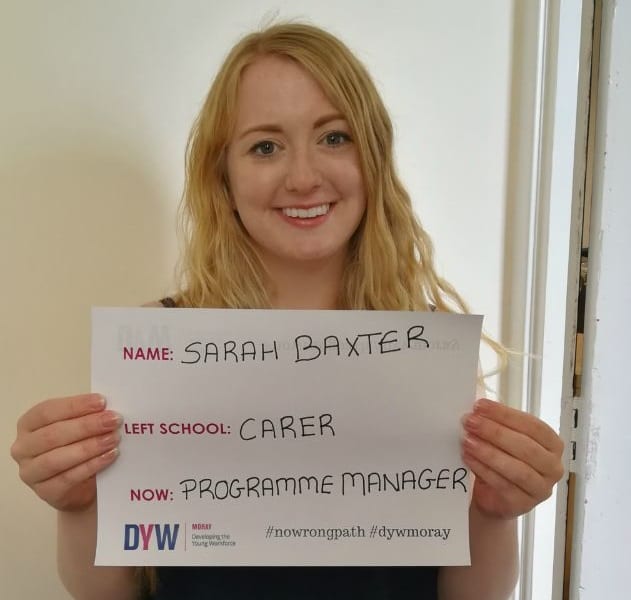 People are being encouraged to take part in a national campaign being championed by DYW Moray to highlight that there are many different avenues for young people to reach their dream career.

With young people receiving their exam results on 7 August, DYW Moray is supporting the ‘No Wrong Path’ initiative and is encouraging others to get involved.

The social media campaign was initially launched in 2017 by DYW Moray’s colleagues in Glasgow, but now the Moray-based government funded organisation is driving the campaign forward for the region.

Sarah Baxter, manager of DYW Moray explained: “On 7 August, when young people across the region are getting exam results, we want to flood Twitter with the message that grades are not the be all and end all. We want people to share their stories about what they did when they left school and where they are now.”

Sarah added: “We want as many people to get involved as possible to make a powerful message.”

Sarah herself will be sharing that she left school as a carer and is now the manager of DYW Moray.