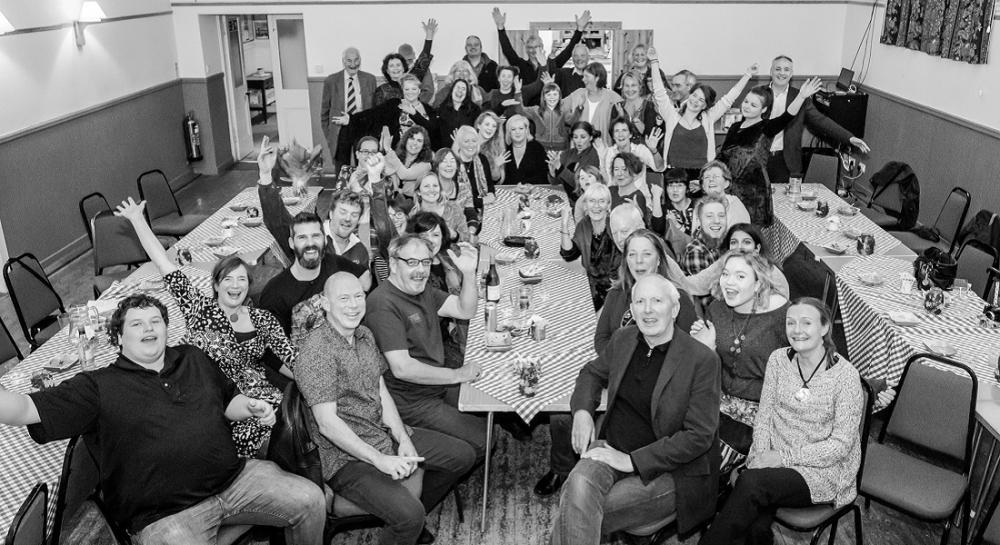 The Findhorn Bay Festival will return to Moray next month – Wednesday 26 September to Monday 1 October – with over 120 events, performances, free activities and exhibition open days taking place over the six-day showcase.

The Festival brings something for all with a vibrant mix of theatre and performance, dance and live music, fine-art and photography, talks and tours including Scotland’s only Culture Day extravaganza in Forres – and Festival organisers Findhorn Bay Arts are now calling for you to get involved too!

Volunteers are key to the success of the Findhorn Bay Festival and taking part promises to be an extravaganza of fun with a variety of roles needed day and night, indoors and outdoors, and across the Forres, Brodie, Findhorn and Kinloss area.

Support is welcomed front-of-house, stewarding at events, assisting audiences and visitors, collecting audience feedback and being out’n’about on Culture Day too.

Findhorn Bay Festival Director, Kresanna Aigner, said: “The Festival would not be able to happen without the support of volunteers.  In 2016 we welcomed 185 volunteers as stewards and it was fantastic to have people of all ages and abilities coming on board to support the event and we would love to see that happen again this year.

The Findhorn Bay Festival provides a unique experience for volunteers with hands on skills learning and immersion in the local arts and cultural scene, whilst having a lot of fun and meeting new people. There’s a great atmosphere among the team and volunteers get access to see some shows for free too!”

tsiMORAY Volunteer Coordinator, Sue Davies, said: “The Findhorn Bay Festival is one of those volunteering opportunities that you wish could be year-round. Volunteers get so much in return, and the plus side is that it doesn’t take a huge commitment to do something really positive in the community.   The energy around the Festival makes it a wonderful experience for volunteers and you don’t have to be ‘arty’ to volunteer – it is truly a Festival where volunteers help to make it the success it is and volunteers get as much as out of it as they give. Findhorn Bay Arts’ commitment to providing volunteers with excellent experiences started when they achieved the Volunteer Friendly Award – a Scotland wide quality standard scheme that recognises organisations who achieve good practice in involving and managing volunteers.”

Kresanna continued: “This year we will stage a new and unique theatre piece, The Buke of the Howlat, outdoors in the shrubbery of Brodie Castle NTS as part of the Year of Young People 2018. This production alone will require some 40 volunteer stewards, so please do get in touch and get involved in this very special world premiere production!”

Opportunities for volunteering at the Findhorn Bay Festival are open to anyone over the age of 16.  Those aged under 26 years can also gain Young Scot Reward points.  To find out more about joining the team contact Kati Clark on  assistant@findhornbayarts.com or 01309 673137.

For more information about the 2018 Findhorn Bay Festival programme and to book tickets please visit www.findhornbayfestival.com