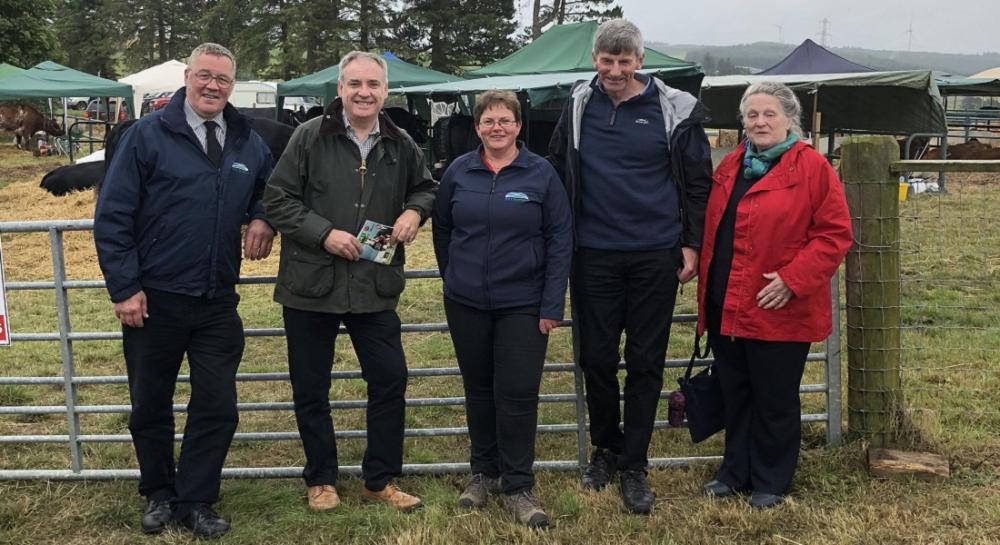 Industry leaders and politicians have welcomed the announcement that the Basic Payment Loan scheme has been launched by the Scottish Government, providing vital financial support for farmers following this year’s difficult weather conditions.

Under the new National Basic Payment Scheme loans will be offered to eligible farmers for up to 90% of what they’re due, with payments expected to be made from October helping to ease cash flows.

Richard Lochhead MSP recently met with Moray farmers at the Pitgaveny Estate to hear about the challenges facing the sector due to the very dry summer and raised their concerns with the Scottish Government.  Mr Lochhead also had a follow up meeting with the NFUS President, Andrew McCornick, at Keith Show on Monday where they discussed the challenges facing the industry.

Welcoming the announcement Mr Lochhead said: “I recently met with a number of local farmers and it was clear that although the prolonged hot weather was welcome by many of us, the exceptionally long period of dry weather has taken its toll on local farms.

“We’ve had the driest spell in 40 years and the impact on the farming industry has been significant, with arable farms suffering due to damaged crops and the livestock sector feeling the effects to a lack of feed and therefore higher prices.

“I know that many local farmers have had to start using winter fodder now to keep animals going, and the increase in prices has put pressure on finances.

“It’s great news that the Scottish Government has listened to the industry and brought forward to the Basic Payment Scheme loan payments, which will hopefully reassure Moray’s farmers as well as helping to ease any cash flow problems that have arisen due to the difficult summer weather.”

Speaking from Keith Show, NFU Scotland President Andrew McCornick said: “The past 12 months have been very difficult for farmers across the whole of Scotland.  Record rainfall in parts, the ‘Beast from the East’ and the driest spell for 40 years have put incredible pressure on farmers and crofters in terms of keeping their businesses going.

“Knowing that the basic scheme payment loan scheme will be paid in October is great news.

“It was one of the key asks to emerge from the Scottish stakeholders meeting on feed and fodder ten days ago and we are pleased the Government has heard our call to bring forward the Basic Payment Scheme loans payment.

“It will provide some much-needed reassurance as well as ease cash flows on farms and crofts, helping anyone who needs to talk to their bank about borrowings that may be needed to help them through this fodder crisis.”