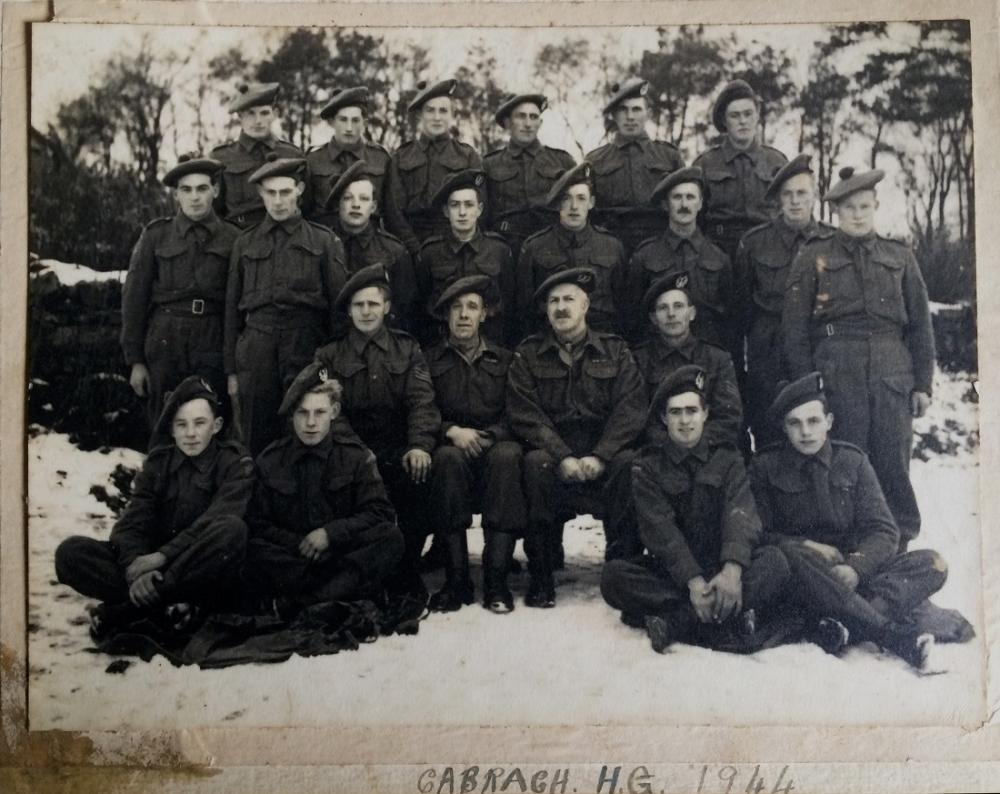 The public will be given access to a nuclear monitoring post for the first time since the end of the Cold War as part of a special Open Day tomorrow, Saturday 18 August, to mark the beginning of a project to uncover the lost history of a remote part of Scotland.

People have not had access to the bunker, in the isolated Cabrach area of Moray, since it was closed in 1992.  It formed part of a network of listening stations across the whole of the UK and remains in remarkably good condition. Tours will be conducted on Saturday 18th August.

The post is on land which is owned by the Cabrach Trust, a local social enterprise spearheading a major development plan to regenerate the area by building a heritage centre and whisky distillery to showcase the history of the Cabrach, reinvesting the profits in the local area.   The Cabrach is an 80 square mile area of outstanding natural beauty which is known as one of the birthplaces of Scottish malt whisky because of its role at the centre of illicit whisky making during the 18th century.   The Trust plans to work with historians to convert the existing farm steading into an historically-accurate distillery, heritage centre and cafe as a significant new tourist attraction.  All profits will be reinvested locally in jobs, housing and infrastructure.

As part of the Open Day, the Cabrach Trust will update the public on its work, which has included a search for the remains of the illicit stills in the hills and the construction of its heritage centre and whisky distillery.

Bunker buster Andy Fairgrieve from Dufftown, who also manages the arts programme of a nearby Speyside distillery, has visited more than 200 decommissioned nuclear bunkers around Scotland, Northern Ireland and the North East of England.

“This nuclear monitoring post is one of hundreds across the UK which would have used its instruments to monitor nuclear fallout if the UK had been involved in a nuclear war,” he said.  “From the time when the network of monitoring posts were created in the 1950’s they were manned in shifts by members of the Royal Observer Corp, a volunteer body recruited from the local area.  If you were on duty when the bombs dropped then you had to stay in the bunker.  The data you provided would have helped the government to establish the effects on the country and to help any survivors.  There was enough food and water for three weeks.

“The nuclear posts were located around 10 to 15 miles apart and were organised into clusters which communicated between themselves,” Andy continued. “The Cabrach bunker, or ‘Post 32’, was part of the Aberdeen Section. The UK’s network of bunkers were reorganised from 1968 onwards, with a number of them being closed down, although Post 32 remained operational until the early 1990’s when the Royal Observer Corps was stood down.    Most are now flooded, burned out or permanently locked by the landowner but this one remains in remarkably good condition and I’m really looking forward to showing people around it.”

“Ten thousand observers were part of the Royal Observer Corps around the country,” said former Group Officer George Anthony, aged 59 and from Keith, who joined the Royal Observer Corps in 1977 and remained a member until it was stood down.  “I started out as an observer at a monitoring post in Drummuir, then I was promoted to Group Officer and looked after four posts in Moray.

“If we came under attack, our job was to plot the flash going off and the pressure of the nuclear burst,” he continued.  “Even in peacetime we had to take readings from instruments every five to ten minutes so each shift was very busy.  There was no heating, though, and the only air was via a small vent and the access shaft, so you had to be hardy.”

“Heritage isn’t just all about ancient history,” said the Executive Director of The Cabrach Trust, Sue Savege.  “The nuclear bunker is part of the Cabrach’s very recent history and is a fascinating chapter in of the area’s long and interesting heritage.  The story behind this bunker will eventually be documented alongside the rest of the history of the Cabrach in our new heritage centre.  The Open Day will give us an opportunity to give an update on how work is progressing on the heritage centre, and we’ll be offering a ‘virtual tour’ of the site.”

More information about the Open Day is available from Peter@cabrachtrust.org. Weekend events include a talk on the Cabrach’s role in illicit whisky distilling and the Trust’s plans to build a historically-accurate distillery, the area’s role in the First World War and a Doric workshop for families and young people.

The tour of the nuclear bunker involves a steep descent down a vertical ladder and therefore it is not suitable for young children or people with mobility difficulties.  However it is possible to look down into the bunker from its entrance.