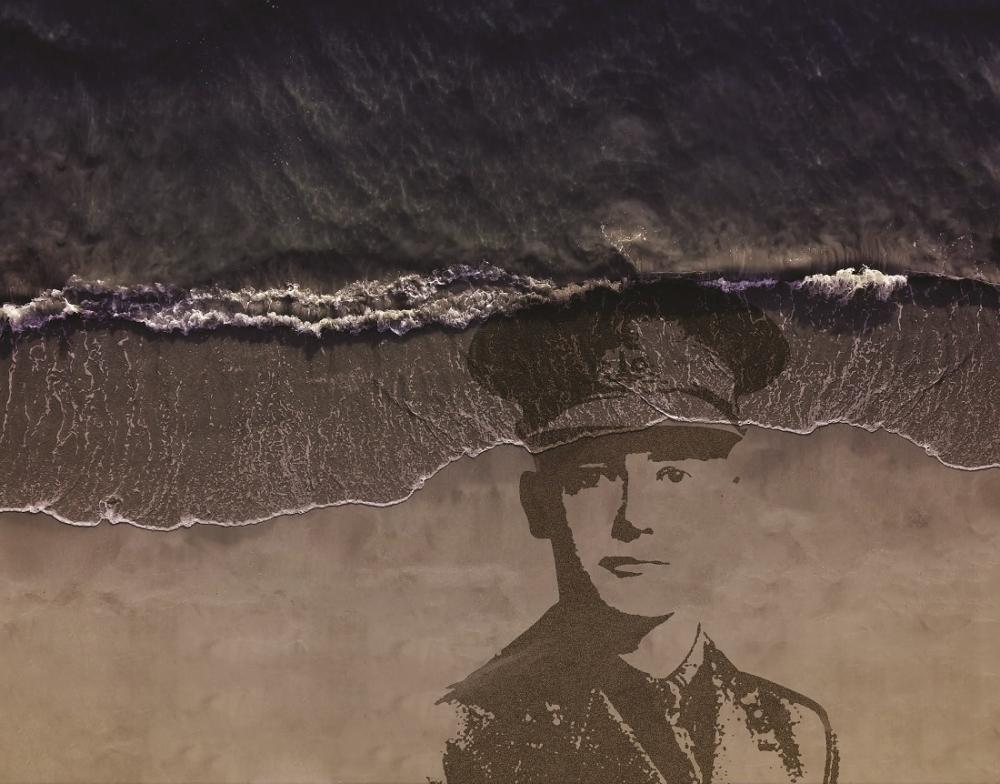 Further details of plans to mark the centenary of the end of the First World War at Roseisle beach and Burghead on Remembrance Sunday have emerged.

As reported by insideMORAY on 17 and 26 October, Burghead Bay’s Roseisle beach is one of six Scottish beaches taking part in ‘Pages of the Sea’, Danny Boyle’s Armistice Day commission for 14-18 NOW: Pages of the Sea.

On Sunday, 11 November, the public is invited to assemble at one of thirty-two beaches around the UK and the Republic of Ireland at low-tide for an informal, nationwide gesture of remembrance for the men and women who left their home shores during the First World War. The National Theatre of Scotland is leading events across 6 beaches in Scotland, including Roseisle Beach, in an event supported by Findhorn Bay Arts.

As part of the same initiative, the names of the 52 Burghead men who lost their lives in the First World War will be written in the sand off the Slappy in Burghead from 8am on Sunday.  Many of these names will be written by relatives in honour of their ancestors.

The names will be visible from the Station Road car park until about 11am, when the last names will be erased by the incoming tide.

Captain Charles Hamilton Sorley, who lost his life in the First World War, will be commemorated by a large-scale sand portrait designed by sand artists Sand In Your Eye. The portrait will be drawn into the sand on the beach and washed away as the tide comes in. In addition, the public will be asked to join in by creating silhouettes of people in the sand, remembering the millions of lives lost or changed forever by the conflict. Each of the beaches taking part in the project will commemorate a different WW1 casualty.

Son of William Ritchie Sorley, professor of moral philosophy at the University of Aberdeen, Charles Hamilton Sorley was a precocious child. When Sorley was aged 5, the family moved from Scotland to Cambridge, where he attended King’s College choir school before going to Marlborough College. Sorley began publishing poetry in his school journal and won a scholarship to University College, Oxford.

Sorley was travelling in Germany at the start of hostilities and interned for one night in a prison at Trier. Making his way back to England, he applied for a commission in the Suffolk regiment and served in the trenches in France. Sorley was killed in the Battle of Loos at the age of 20, having received a gunshot wound to his head. After his death, a final poem, When You See Millions of the Mouthless Dead was discovered in his kitbag. The next year, a posthumous collection of Sorley’s works was published, with many of his peers agreeing he would have found greater literary success had he lived.

The portraits commemorate men and women who served or who were casualties of the First World War, most of whom died in active service. These individuals are just a small selection of the millions who gave their lives to the war.

Members of the public are invited to explore a Pages of the Sea online gallery of portraits of some of the men and women who served in the First World War, and select someone to thank and say a personal goodbye to either via social media or as they gather in person on beaches on Sunday at www.pagesofthesea.org.uk. The images are drawn from the Imperial War Museum’s ‘Lives of the First World War’ which aims to tell 8 million stories of those who served from Britain and the Commonwealth. Visitors to the website can also add their own portraits of members of their family or community who contributed to the First World War. www.livesofthefirstworldwar.org

Poet Carol Ann Duffy new poem, The Wound in Time, published on insideMORAY on 26 October, will be read by individuals, families and communities as they gather on beaches on Sunday.

People who can’t make it on the day will be able to watch the activities and portraits from most of the beaches on social media. The work is the culmination of 14-18 NOW, the UK’s arts programme for the First World War centenary.