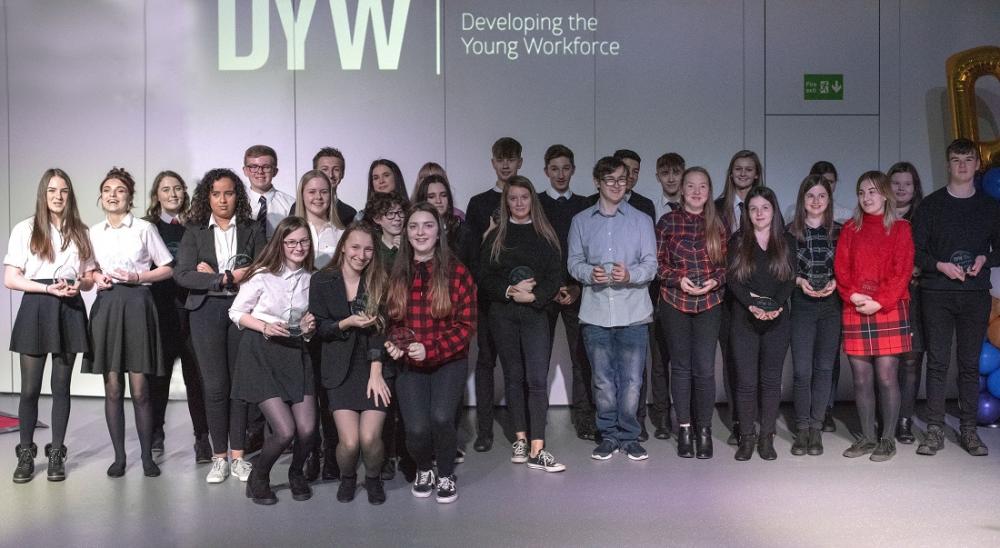 The successes of young people across Moray have been recognised in a celebration event and award ceremony.

DYW (Developing the Young Workforce) Moray held the event to showcase several of its initiatives from throughout the year and to praise the young people who have taken part in them.

The evening included presentations from over 40 young people who have taken part in different workshops organised by the government funded scheme throughout 2018.

The event held at Elgin High School last Tuesday – 27 November – gave special attention to a photography project, a film workshop involving pupils from two secondary schools, a musical and a business breakfast. All these projects have been organised by or have had heavy involvement from young people.

The celebration was attended by Moray councillors, employers, teachers, DYW Moray board members and school pupils.

Chelsea shot to fame in 2017 after she wrote an open letter to her drug-addict parents thanking them for showing her that “life is not sunshine and rainbows.”

Speaking about the DYW Moray event, she said: “The DYW Moray event was such a heart-warming evening as we were able to see the absolute talent, ambition and positivity that shines from the young people in the local area. It is so important that as adults, professionals and role models we ensure that young people are prepared for work and the benefits society will see will be immeasurable.”

The event was compered by Sarah Medcraf, chief executive of Moray Chamber of Commerce and also included an address from Sarah Baxter, DYW Moray manager.

Sarah Baxter said: “We have had a fantastic year at DYW Moray. There have been so many different types of projects, events and initiatives. We cannot thank enough those who have given up their time to get involved in our projects.

“This year has seen DYW Moray growing in momentum as both primary and secondary schools increase their involvement with an increasing number of local businesses.”

She added: “Partnership working in Moray is our real strength. Our combined efforts continue to develop and increase business and education engagement across the region. The Moray Council education department, Skills Development Scotland, Moray College UHI and more have all been instrumental in our journey so far.”