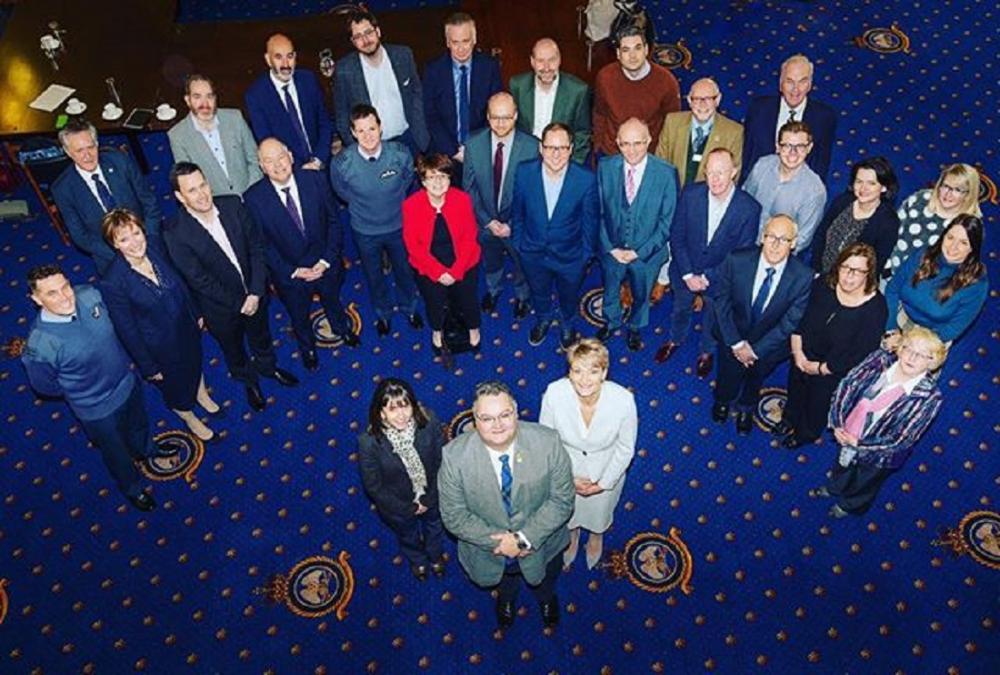 A new ten-year economic strategy and vision for Moray was launched last week at RAF Lossiemouth by the Moray Economic Partnership (MEP) with the stated aim of moving the region into one of the top performing parts of Scotland for economic performance.

The strategy is intended to achieve the vision of Moray as “a place that is thriving because of an increasingly diverse economy and a growing population that celebrates success, and values both education and training. A distinctive and ambitious place that generates opportunities for everyone which in turn helps to drive up average earnings and retain balanced demographics, and that encourages strong communities to flourish.”

The strategy identifies a number of key indicators of success, including:  a workforce educated to higher levels and enjoying higher wages, and an increase in businesses employing more than nine people and in the percentage of people in higher level occupations.

Graham Leadbitter, Chair of Moray Economic Partnership and Leader of Moray Council explained: “The economic strategy we have presented is founded upon a common belief that Moray has many strengths, including its natural assets, its traditions, and a shared commitment to success. Our biggest strength is our people and with a huge focus on skills and attainment this strategy aims to get the best from and for Moray’s people.

“The Moray Economic Strategy considers the most important and transformational issues for our region over the next ten years, and recommends a plan to get Moray to a place where it is one of the most successful regions in Scotland, where wealth and health are equitably distributed, communities flourish and people reach their full potential. I am personally looking forward to playing an active part in this exciting journey.”

Speaking at the launch, Donna Chisholm, Moray Area Manager at Highlands and Islands Enterprise said: “Moray is a great place to work and invest in, and the strategy aims to ensure our economy and our communities flourish over what will be ten years of rapid change. Everyone here plays a part in making Moray successful, so our partnership will pull together to make an even greater positive difference.”

Welcoming the MEP to RAF Lossiemouth for the Strategy launch, Group Captain James Walls DSO, RAF Lossiemouth’s Station Commander said: “It is fitting for us to host the launch of this Strategy here at RAF Lossiemouth due to the positive impact the Station’s growth will have in Moray over the coming decade. RAF Lossiemouth makes a tremendous contribution to the security and prosperity of Moray, Scotland and the United Kingdom. The MOD is investing £400m in new facilities, which will see a fourth Typhoon squadron and the entire UK fleet of submarine-hunting Maritime Patrol Aircraft based right here. All 2300 employees here look forward to helping building the Moray economy.”

The economic strategy has a clear action plan over the next decade to deliver four specific strategic outcomes in the areas of: qualification levels, small business growth, talent attraction and retention and business competitiveness.

InsideMORAY is particularly pleased to note the focus on:

Also welcome is the strategy’s stated “commitment to community empowerment [as] a cornerstone of our action planning, and support for the social enterprise sector [to] help to deliver the economic and social impact we want to see.”