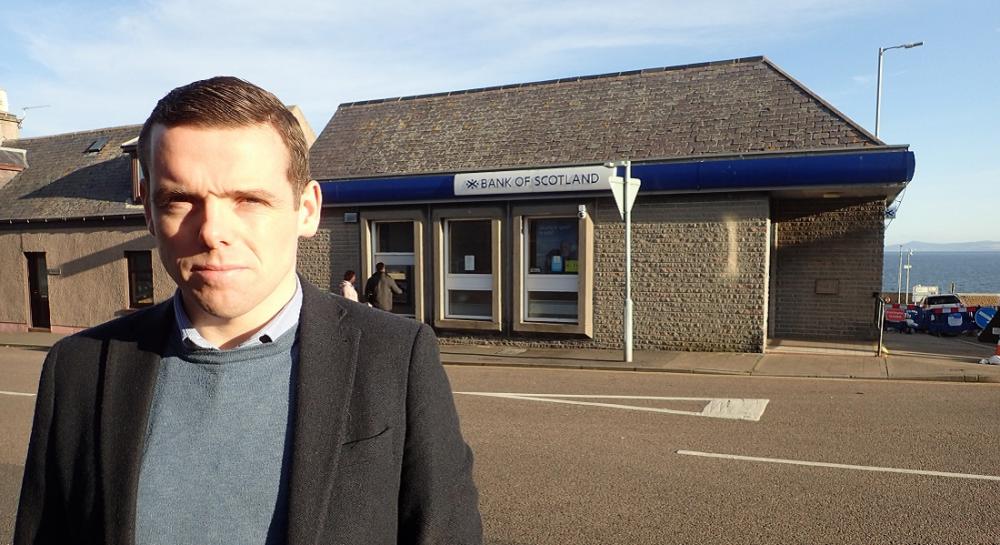 Following confirmation from Lloyds Bank of Scotland, reported in insideMORAY yesterday, that they will push ahead with their plans to close branches in Lossiemouth and Keith, Moray MP Douglas Ross has vowed to take the fight against the closures to Westminster.

Mr Ross has submitted an application for a debate in the House of Commons about the UK Government’s response when a bank proposes to close the final branch in a town or village.

Commenting, Mr Ross said: “From the very outset, it seems that Bank of Scotland had made up their mind, and despite the strong and persistent local campaigns in Lossiemouth and Keith, they are forging ahead with their plans to close both these branches.

“I’m vehemently opposed to both these closures and I’m certain they will have a significant impact in Keith and Lossiemouth. I convened public meetings in both towns after the initial announcement was made to get the view of local customers and businesses, something the Bank of Scotland were uninterested in. Given they are continuing with their closure plans it seems no matter what impact their closures will have on local people, they will continue regardless.

“I’m not willing to accept the bank’s decision as being final given how passionately local people have been about their proposals. That’s why as a next step, I’m calling for a debate in Parliament which will focus on the UK Government’s response when the final bank in a town or village is proposed for closure, as is the case in Lossiemouth.

“I’m sure many MPs across the country will want to debate this issue and it will give me the opportunity to challenge UK Government ministers on the impact closing the final branch in a town has on a community. Lossiemouth is a prime example of a vibrant and growing community that needs vital services to be maintained if the town is to continue to flourish.

“This decision by the Bank of Scotland is a hammer blow to both Lossiemouth and Keith and I want to ensure Ministers at the Treasury are aware of the impact these decisions have and to urge the Government to look at the situation when the final bank branch in a town is proposed for closure.”