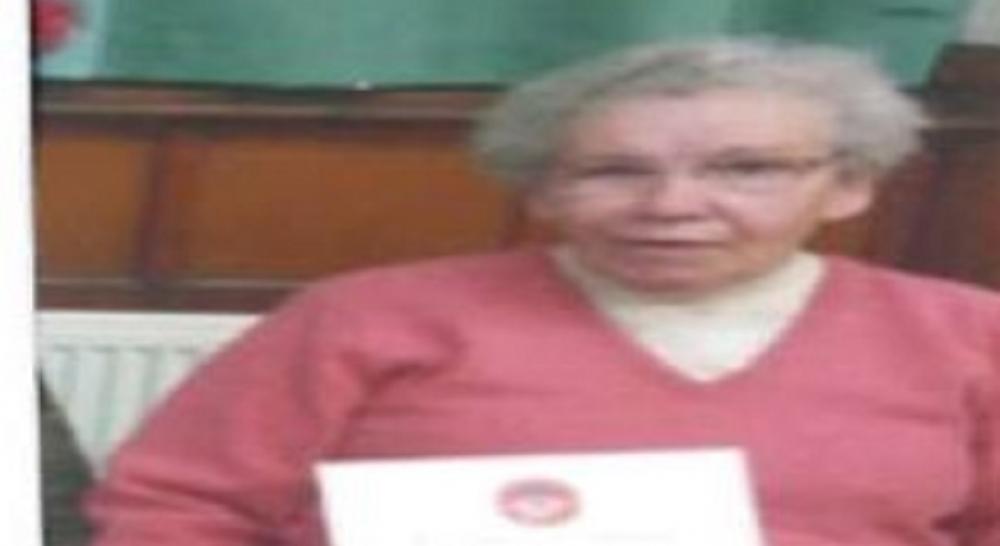 Update: sadly, Police Scotland have confirmed that a body has been recovered from the River Isla as part of searches to trace Phyllis Milne.

Formal identification is yet to take place, however the family of Phyllis Milne have been informed.

Speaking yesterday (Monday 28 January) Inspector Neil Campbell said: “We can confirm that a body was recovered this morning by our specialist dive officers who were conducting searches to trace Phyllis Milne.”

insideMORAY would like to echo Inspector Campbell’s closing statement: “Our thoughts are with Phyllis Milne’s family and friends at this difficult time and I would also like to thank the local community in Keith for their support during our search operation as well as the officers and colleagues from other emergency services involved in the search for Phyllis.”

Searches for Phyllis Milne, aged 86, who has been reported missing from the Quarryhill area in Keith, have continued yesterday (Sunday 27 January).

Phyllis was spoken to by a family member around 10pm on Friday 25 January and reported missing on Saturday.

She is described as being around 5’6’’, is of medium build and has thick, short, curly grey hair. She wears glasses and when last seen was believed to be wearing a beige jacket with a fur collar.

Police have been assisted by the Coastguard, Scottish Fire and Rescue Service, Scottish Ambulance Service during searches over the past two days.

Yesterday, specialist search officers from Police Scotland’s Operational Support Unit and the Coastguard have focused their searches around the River Isla following information received about sightings of Phyllis.

Speaking yesterday, Inspector Neil Campbell said: “Our searches today are focusing around the River Isla north of Keith towards the River Deveron thanks to information we have received from the public.

“I would urge anyone who believes they saw Phyllis yesterday and has not spoken to us to come forward. Any information, no matter how small you may think it is can assist us with our enquiries.

“We are grateful to the community for their support and offers of assistance with the searches. Due to the terrain we are searching and the associated risks, as well as the weather conditions, we are continuing the searches with our specialist officers. If public searches are to be arranged, we will of course let the community know.

“Anyone with information is asked to contact Police Scotland on 101 quoting incident 1062 of 26 January.”