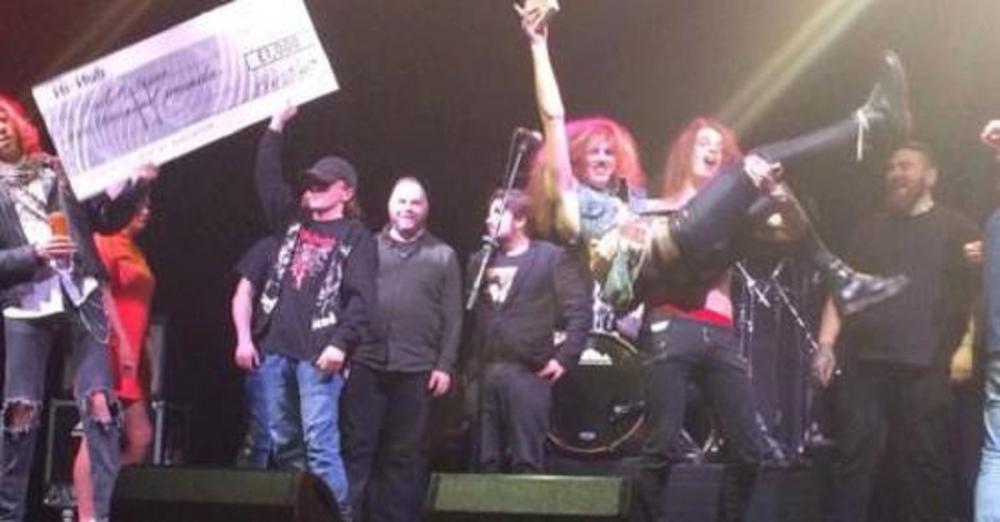 Rock Factor 2019 Back to the Nineties was organised by Highland arts and entertainment group, Hi-Hub, at Inverness’s top music venue, the Ironworks.

Seven bands were selected to play four songs each, including one cover from the 90s, in front of three judges from the Highland music scene. The evening hosts were Ashley MacKintosh of Dark Horse and Toby Michaels of The Broken Ravens.

With their own brand of blues and hard rock, and a touch of glam, Bad Actress was named overall winner at the end of the night, with a prize of £1,000, plus professional recording time and a Scotland tour.

They also received awards for best guitar solo and best cover for their rendition of AC/DC’s hit song, ‘Thunderstruck’.

Bad Actress started in 2017, with influences including AC/DC, Aerosmith and Mӧtley Crϋe. Members are Struan McFarlane (17) of Forres, and his brothers, Lewis (15) and Ross (19), along with Thomas Bell (22) of Muir of Ord and Gareth Mair (30) of Portknockie.

In April 2018, the band won the MHA Battle of the Bands event at Tunnels in Aberdeen organised by Soundwired. In June the same year they took third place out of 48 bands in the Dundee West Fest bands challenge.

In November 2018, they were selected to open the first ever Monstersfest, a two-day rock extravaganza in the Inverness Ironworks. The festival line-up included former members of Mӧtley Crϋe, Journey, Whitesnake and Thin Lizzy, in the supergroup, The Dead Daisies.

In March 2019 Bad Actress launched their first EP, ‘Low Down and Dirty’, in a mini-tour of four dates, taking in Inverness, Perth, Forres and Nairn.

Reacting to their Rock Factor success, drummer Lewis McFarlane (15), said: “It was an absolutely brilliant night. There were so many great bands, so it was amazing to find out we had won. It was also great fun back stage, meeting the other bands. Everyone was supporting each other and just having a great time.”

Bad Actress is back on stage at Inverness’s Mad Hatters on 10 May, and return to the Ironworks on 22 June, supporting established Highland rockers, Devil’s Queen.

More information about the band is available on https://www.facebook.com/BadActressBand/