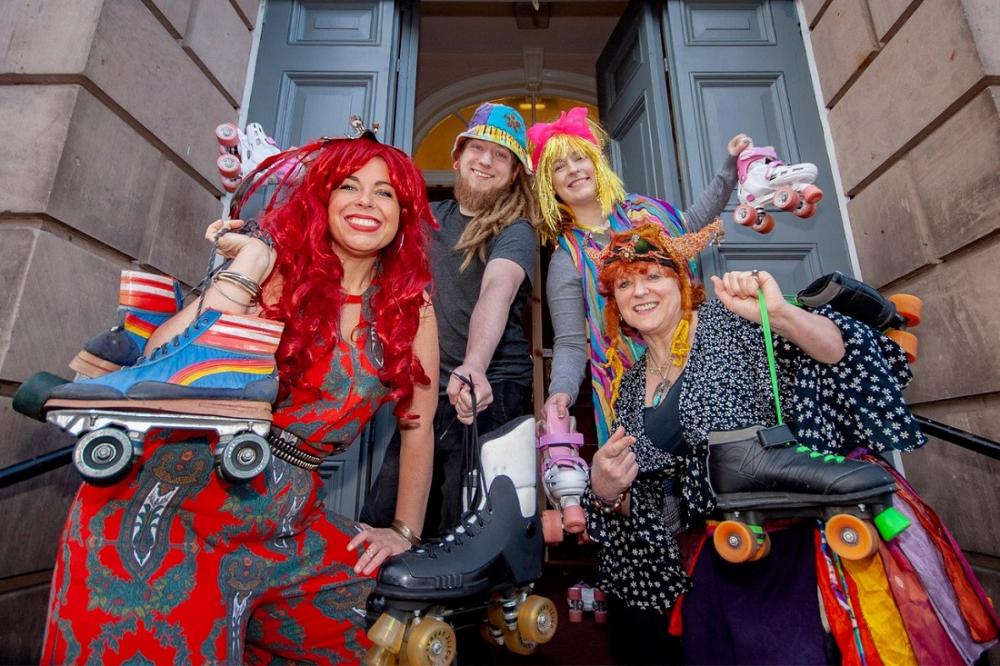 People of all ages are being invited to get their skates on for a funky roller disco being held in Forres – and bright, coloured outfits will be the order of the day.

The event, which is being held by Forres Skate Park initiative (FSPI), will be open to roller skaters and roller bladers of all ages, and split into two sessions on Friday 12 April in Forres House Community Centre.

The disco will run from 6pm to 7.30pm for families and small children, and 8pm to 9.30pm for adults (academy age upwards), and all skaters are asked to don their funkiest gear for the disco.

Organiser Fi Rodger said: “We’ll have coloured flashing lights as would be expected at any disco, but we want all the youngsters to come dressed up and as colourful as they can be, whether its dayglo, seventies style or disco fever, we just want it to be a riot of colour.

“There will be skates available for hire, and spot prizes.”

Fi is a committee member on the FSPI and as an avid skater herself, she came up with the idea to raise awareness of the initiative to build a skate park in Forres which will be open to roller skaters and bladers as well as skateboarders, BMX riders and scooters.

She said: “The skate park initiative is gathering momentum, but we still need committee members. Parents of skating boys and girls have a good reason to want a permanent park, so the disco will give the youngsters a chance to get their skates out, and the parents can find out more about what we’re doing to bring the project to fruition.

Melissa Bowcutt is also a committee member and has a four-year-old showing an interest in skateboarding, and she urges anyone who wants to see the skate park happen to come along.

“It is important to me now more than ever to provide facilities in our local community for people of all ages and abilities as there is less and less for young people in particular to engage with. This is why I have chosen to join and do what I can to ensure we can provide an outdoor skate park in Forres available to all and free at the point of use. I think it is a cause that the whole community should get behind and look forward to seeing the benefits to those who wish to use the facility!”

The group are looking for people to get involved as it ramps up to becoming an independent constituted body, obtaining land, raising funds and building the park.

The group has had the support of FACT (Forres Area Community Trust) and meets in the Town Hall, but it now wants to stand on its own and the roller disco is a shout out to everyone to come along and make it happen said Fi.

“We desperately need a chairman, treasurer and just a couple more committee members and if we can get people together that can see the potential for an all-year-round skating facility, then hopefully we can get the right people on board to make it happen,” she added

To book a pair of skates free of charge or to find out more about the disco and the FSPI, contact Fiona Rodger on 07483 872862.

Tickets are available at bit.ly/funkyrollerdisco