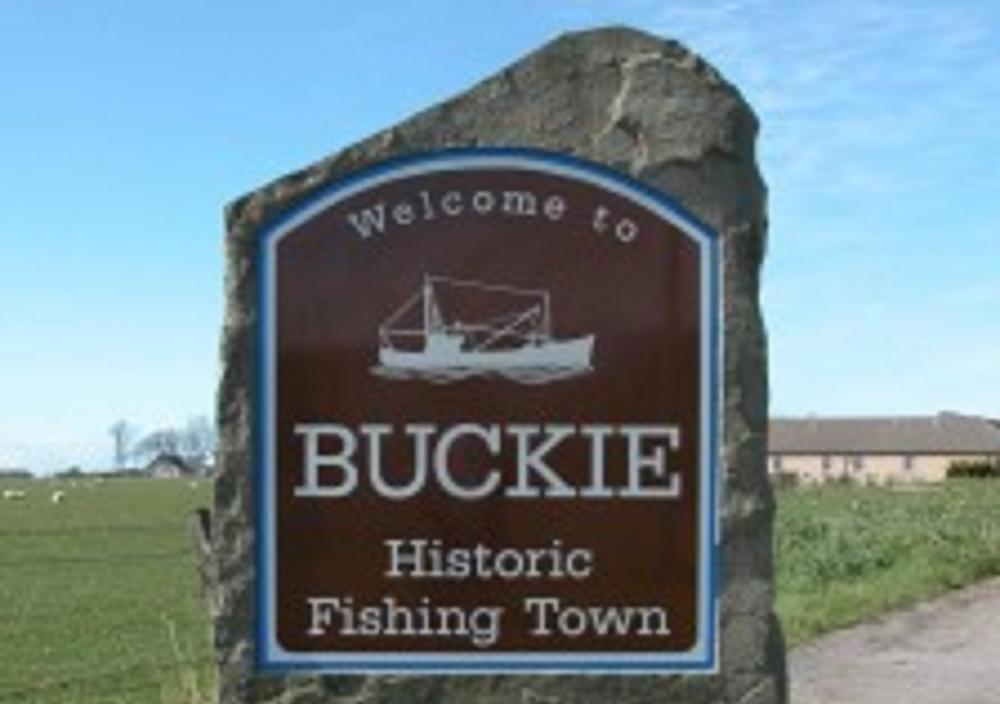 Model artworks shortlisted for a new gateway to Buckie will go on display to the public for the first time next week.

Three artists have had their work selected as a potential new gateway feature to the town, as part of a UK-wide competition launched in February 2019. The design and creation of the winning feature has been funded through developer obligations – money Moray Council received during the building of the Tesco store in Buckie – and will be located on the grassed area beside the roundabout, opposite the store.

The maquettes will be on display in the Tesco store in Buckie from Saturday 1 June until Saturday 13 July, for the public to view and comment on. Saturday’s launch event takes place from 10.30-11.30am in store, and all Buckie councillors will be in attendance.

Carn Standing’s design is called ‘Buckie’s Darling’, a 3D sculpture which would be handmade in Portsoy, from stainless steel bars, sheet and tubing.

Carn drew inspiration from the origination of the town’s name.

“I was also inspired by how Buckie grew as a town and a community and the importance of fishing.

“I started to see the herring within the body of the deer as a composition to unify the two things, and a symbolism for the uniting of the several villages which led to the Buckie we know today.

“The silver darlings merged into the body of the deer would be arranged as a turning shoal of fish to maximise the movement of the sculpture, to bring it alive.”

Emma Crawford has created ‘Fishing for Flowers’, a metal structure capturing the heritage of Buckie with creels and flowers.

“This artwork has been inspired by the rich fishing heritage of Buckie, along with the history behind the town’s nickname, ‘Little Norway’.

“The floral details within the design will be made out of metal and are inspired by the National flowers of Scotland, Norway and Denmark; thistles, purple heather and marguerite daisies. These reflect the growing community and offer a welcoming entrance to both visitors and locals.”

“Each is aimed to represent cultural and historical aspects of Buckie’s past, present and future including Doric text, fishing, shipbuilding, lifeboats, football and the origins of Buckie.

“Buckie in Steel will convey the indomitable spirit of the Buckie community far into the 21st Century.”

Online comments will also be accepted via Moray Council’s website.

The shortlisting panel, consisting of Buckie councillors, Tesco’s Community Champion, an independent artist and Moray Council officers, will consider these comments when making the final decision at the end of July.