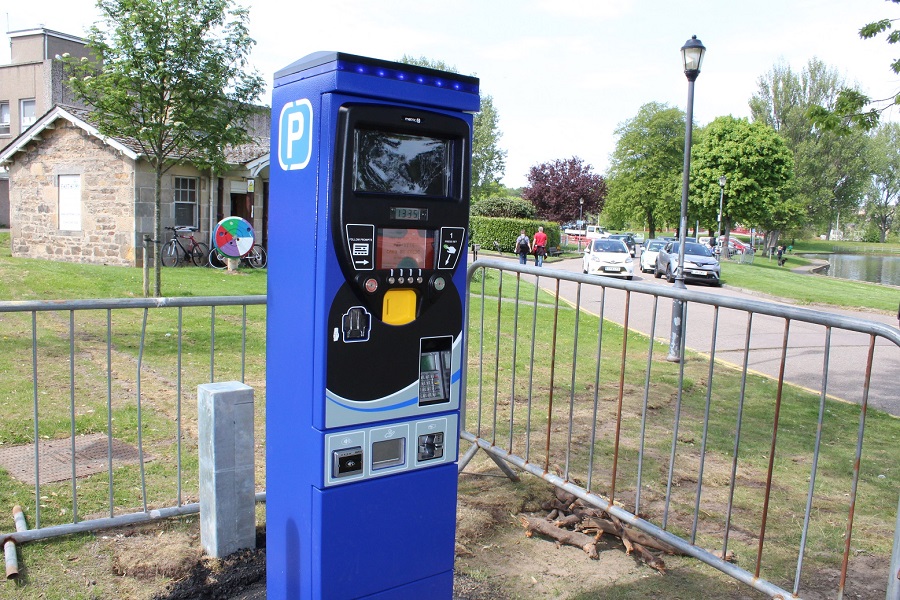 Today marks the first anniversary of the introduction of new parking charges by Moray Council, as reported by insideMORAY at the time (http://www.insidemoray.com/new-parking-charges-in-elgin-from-wednesday/).

One of our readers is not impressed, and has contributed the following article:

As we approach the first anniversary of the introduction of new parking charges in Elgin, let us take a look at how the parking regime has changed during the last year.

The new parking strategy involved not only a complete revision to the rates charged but also the introduction of charges in areas where previously there had been free parking.

This involved the installation of 25 new ticket machines at a cost (including installation) of nearly £150,000.  A developer contribution of £160,000 covered that, however, 17 of the new machines replaced existing ones which still had a working life of at least six years.  The cost of replacing those machines, which did not need replacing, was therefore around £100,000.

There was controversy at the time, with a feeling that the new parking strategy would have the opposite effect to that which was desired, and fears were raised that motorists in Elgin could become a ‘cash cow’ in a time of looming council cuts.

There was, and still is, a lack of enforcement, which has led to abuse of waiting times in all areas.  This especially affects on-street parking with parking in some zones near to the High Street appearing to be a ‘free for all’.

The new parking scheme was the result of a parking review of Elgin Town Centre carried out at a cost of £60,000 by external consultants.  The review was commissioned with a view to reducing the unregulated, on-street parking in residential areas, especially around the Railway Station.

So, one year on, how have things worked out?

Anecdotal evidence says that the off-street carparks are often partially empty but Lossie Green and Batchen Lane are well used.

Moray Council keep a record of revenue from parking charges but the total number of cars using each pay and display car park is not recorded.

This makes it difficult to determine whether or not there has been an increase in car park usage or whether there has merely been a redistribution, with motorists taking advantage of the sites which offer all-day parking for £1.

According to figures obtained through Freedom of Information Requests, the revenues were:

It would appear then, that the new parking regime has not achieved any revenue increase and that money has been wasted by the installation of 25 new ticket machines, whilst on-street parking remains unenforced.