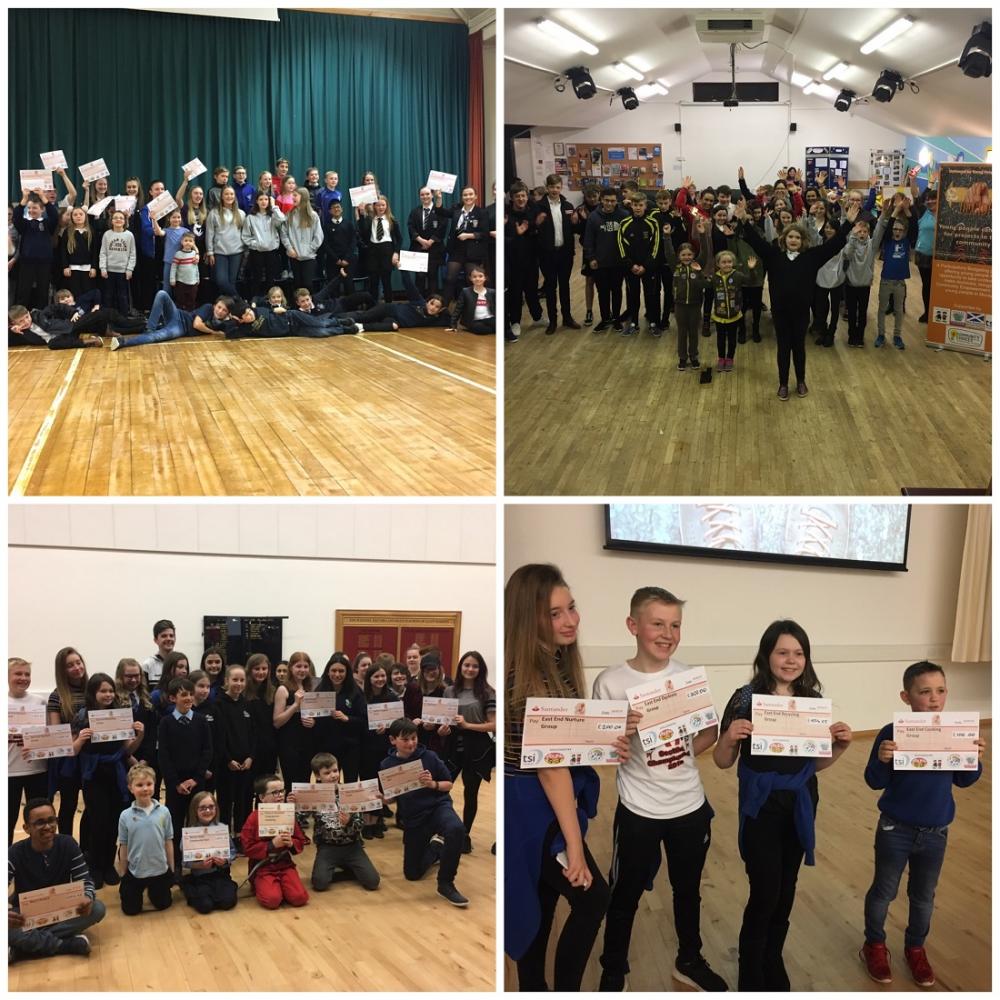 Young people have decided for themselves how to distribute almost £35,000 of funding for projects across Moray.

YP Decide was based on a successful pilot event in Speyside, reported on insideMORAY in autumn last year. It has already delivered five Participatory Budgeting events across Moray, with two more to happen in May, for children and young people aged 5-25 and, in the organisers own words, “has been a huge success!”

The project has been led by young people supported by a partnership involving Moray School Bank, tsiMORAY, Young Scot and the Moray Council Engagement Team.

Hundreds of young people have applied for funding for their projects from primary schools, high schools, community groups, individuals and charities. “The success of the project has been phenomenal”, says Moray School Bank chairperson, Debi Weir. “The young people have had an amazing experience delivering the project, with one of them describing it as ‘making me feel unstoppable’.”

The project has seen events taking place in Lossiemouth, Buckie, Keith, Elgin North, Elgin South and soon to be carried out in Milnes and Forres.

“The voting at all events was digital with the support of Young Scot’s digital platform”, explains Debi, “and so far we have engaged over 520 voters to the showcase events with a total of 3,472 voters in total making a total of 11,777 individual preferences. This is a significant response for young people and it shows that young people do want to take part in decision making in their community.

“Delays due to school commitments have meant that the two final events are still to take place, to award the final £15,000 which will take the total given out to the projects to £50,000.

“It has been an amazing project”, Debi concludes. “I have been just blown away by the projects and ideas brought forward by young people. From friendship benches, calculators, dyslexia books, chanters to teach piping to dancing equipment and supporting charities, the list is endless and the 79 projects mean that the impact will be spread far and wide across the local authority for children and our communities. Community Choices funding has made a huge difference to our young people in Moray.”