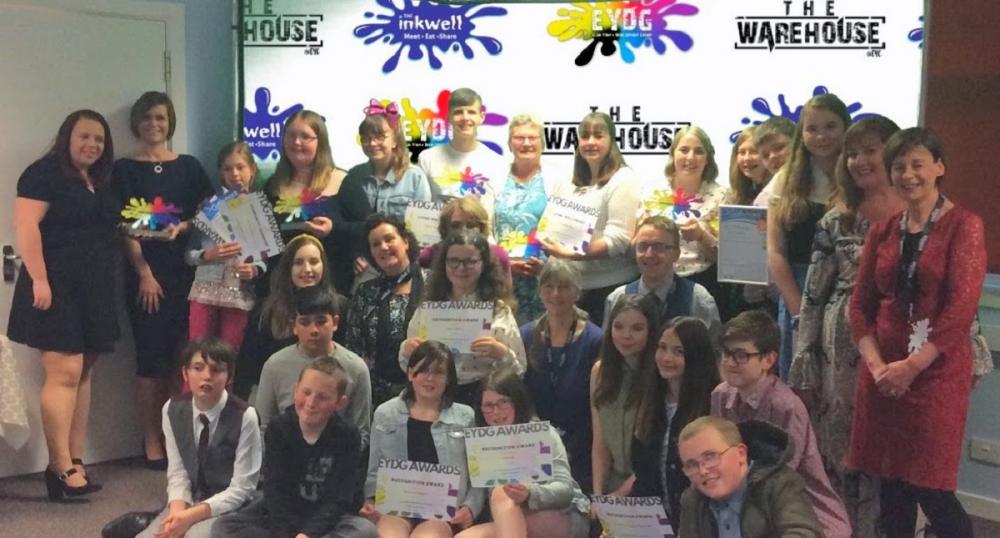 The Elgin Youth Development Group (EYDG) organised a dinner to celebrate the work, commitment and dedication of their young people, volunteers, families and community groups on Saturday night.  Attended by a host of guests some of whom came from outwith the area, Ian McLaughlan, Chief Executive at Youth Scotland commented “It was great to meet so many of the young people involved in The Warehouse at Elgin Youth Café, some of the staff, directors and guests… I was blown away by the leadership shown (and recognised!) especially by the young people and adult volunteers; the staff; and the directors of the charity.”

Speaking about the inspiration for the night, Clair Ferguson, Chief Officer of the charity explained “We wanted to organise an event in our 21st Year which celebrates the amazing achievements of our young people and volunteers. Without the work that they do around the café we would not be able to do what we do.”

“To win this award for doing what I love is amazing.” Aidan said when reflecting on his win while Emily Burns, a member of the Inspiration Week Team and Community Champion explained what the team win meant to her “It is overwhelming and phenomenal that we got an award for allowing people to hear inspirational stories.”

This ceremony kicks of the organisations 21st year celebrations with more events scheduled later in the year.

Award winners of the night included:

A number of young people also received recognition certificates, including a number of Saltire Awards, which celebrate, recognise and reward the commitment, contribution and achievements of young volunteers in Scotland.