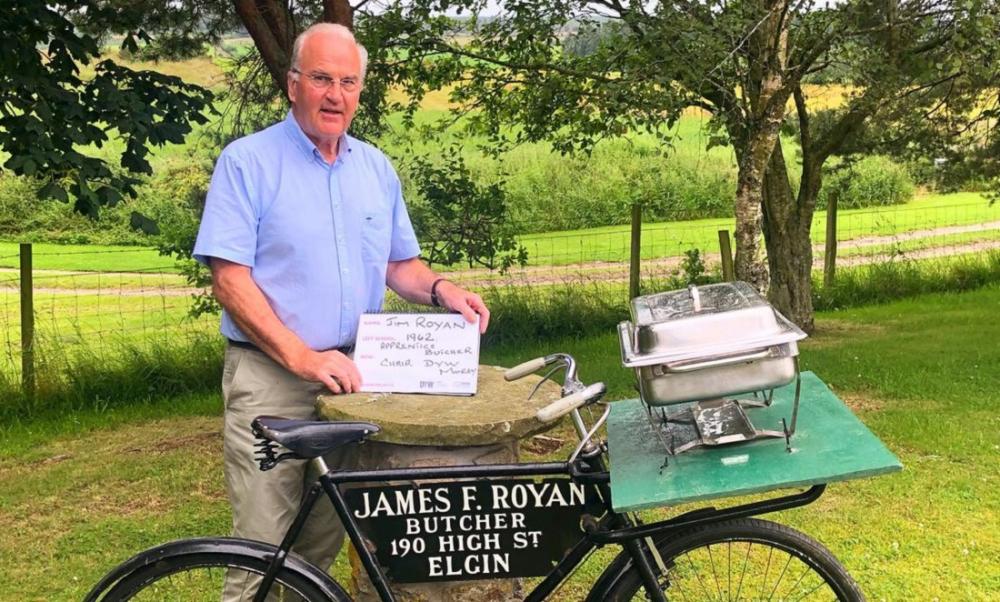 Developing the Young Workforce Moray is throwing its weight behind the ‘No Wrong Path’ initiative.

The local organisation, which links young people with employers, is championing the national campaign for a third time, vowing to make it bigger and better than ever before.

#nowrongpath is run to coincide with young people receiving their exam results on 6 August, and highlights that there are many different avenues for young people to reach their dream career.

Developing the Young Workforce Moray’s new chairman, Jim Royan, has been one of the first to back the campaign, admitting that it wasn’t until he left school that he realised how he had been influenced by his teachers.

Over the last four decades, Jim has held senior leadership roles in a number of partnerships and public sector organisations, including the NHS. He said: “It would be fair to say that my academic performance at school did not reach the heights that my parents and teachers might have hoped. However, it wasn’t until I left school that I recognised the important role that certain teachers played in influencing me positively in other ways.”

Jim also recognised the importance of work experience or a part-time job and said working for his dad’s butcher business really paid off: “Working for my dad during the holidays was of huge importance.

“Your first part-time job or securing work experience is of real value. It’s the start of your CV, and sends an important message to future employers that you have a good work ethic, and that you have been prepared to go out and find work at a young age.”

Finally, Jim also shared his insights in some of the skills that he believes will help young people in the workplace: “If things don’t go as you hope on August 6, don’t panic, as you will have other skills that will help you move forward.

“My real toolkit for life came when I read a book called Emotional Intelligence and it became my point of reference as I enjoyed parallel work experiences throughout my life. It talks about the value of having self-awareness, self-control, empathy, social skills, and motivation. These are important skills to have too. Just remember whatever happens on August 6, there is no wrong path.”

The social media campaign was initially launched in 2017. Sarah Baxter, manager of DYW Moray explained: “On August 6, when young people across the region are getting exam results, we want to flood Twitter with the message that grades are not the be all and end all. We want people to share their stories about what they did when they left school and where they are now.”

Sarah added: “Last year, the regional response to the campaign was immense and this year, we want to go bigger and better and spread the message that there is No Wrong Path. It’s a powerful message and one that we should be sharing.”

Sarah herself will once again share her career journey. She left school as a carer and is now the manager of DYW Moray.

“What we need to make the campaign really impactful is for the message to come from a variety of people who have reached their career goals through different and varied channels with the message that there is #nowrongpath,” explained Sarah. “It’s really easy to get involved. All people have to do is post a picture of themselves on their own social media channels with the message of what they did when they left school and what they do now, using the hashtag #nowrongpath.”

More information about DYW Moray is available on https://www.dywmoray.co.uk/