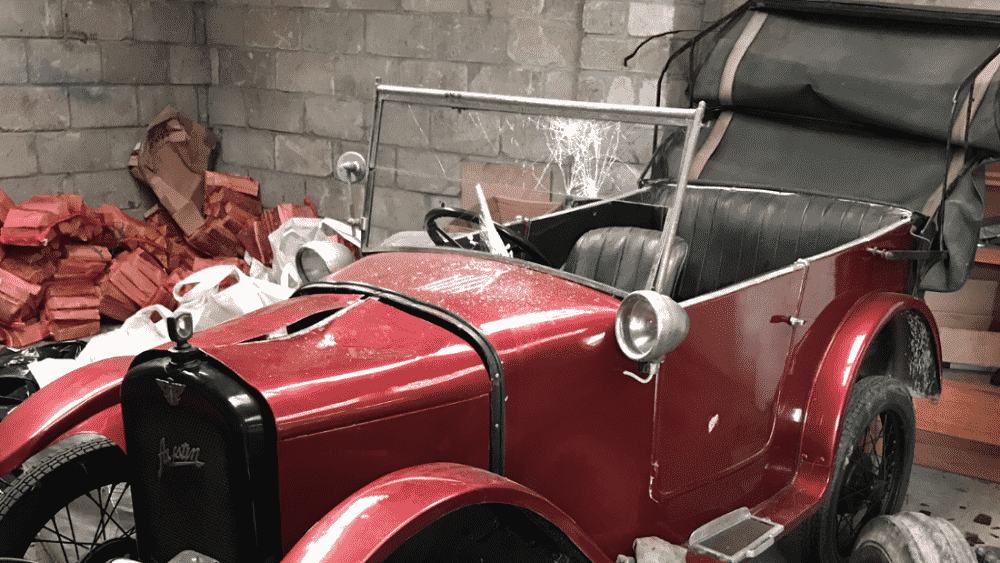 Officers in Moray are appealing for information following a high value vandalism of classic vehicles in Keith last week.

The incident is thought to have occurred between 7.00pm and 9.00pm on Thursday 22 August at a shed located on Moss Street in Keith.

As a result of the incident a number of classic vehicles were vandalised causing damage estimated at a five figure sum.

Investigating Officer PC Cameron Renton said: “The shed contained a number of classic vehicles including two Ford Dexta vintage tractors and a convertible Austin 7 manufactured in 1919, exactly 100 years ago. The tractors sustained damage to their bodywork however the Austin 7 was the vehicle that sustained the greatest and costliest damage.

“Bodywork was damaged, the windscreen was smashed, the leather roof was torn, a seat was ripped out and industrial fluid was poured over the inside of the vehicle.

“This was not just mindless vandalism, this was malicious and sustained damage to prized possessions that cannot be easily replaced or repaired.

“The incident has obviously upset and angered the owner of these vehicles, who has a keen interest in restoring classic vehicles, and we are committed to identifying those responsible.

“Between 7.30pm and 8.00pm last Thursday night two males were seen in the area of the shed who then bicycled towards the main road in Keith (A96). These individuals may have valuable information that could assist us and I would ask that anyone who knows them or has information that can help us, get in touch.

“Vandalism such as this is completely unacceptable and so I would ask the local community to think back and recall if they remember seeing anything in the area of Moss Street that could assist us with our enquiries.

“Anyone with information is asked to contact Police Scotland on 101 quoting reference 1269 of 23 August.”